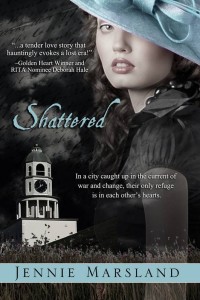 Shattered is the first entry in a trilogy focusing on three siblings from Halifax during World War I and soon after. While I preferred Deliverance, the second in the trilogy, I did appreciate the original setting and what read to me like authentic characters of their time. The ending felt pretty rushed, though. B- 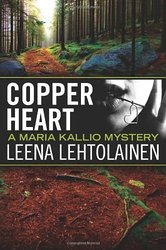 A mutual friend introduced me to Lehtolainen’s Maria Kallio series, which features a Finnish law student/lawyer-turned-police investigator. In Copper Heart, Maria takes a temporary sheriff appointment in her rural home town. What is supposed to be an uneventful summer job ends up considerably more exciting than expected when a local artist is murdered and several of Maria’s friends and acquaintances might be involved. I also read the next book, Snow Woman. The English translations are almost two decades behind the original novels, but they don’t seem too dated. Because the author and I have mutual friends and I’ve met her myself in the past, I don’t feel comfortable reviewing her books, so consider this simply an entry in the list. 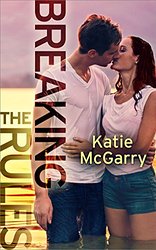 Breaking the Rules by Katie McGarry

A direct sequel to Pushing the Limits, which I really enjoyed, this is a decent read that doesn’t quite live up to the original. I appreciated that McGarry did not gloss over the many issues Echo and Noah still had to deal with personally and in their relationship, but some of the conflict felt manufactured and I really disliked the artist character that Echo ends up working with. B- 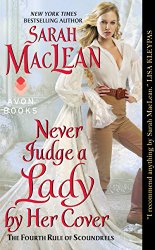 Never Judge a Lady by her Cover by Sarah MacLean

I probably should have read at least one or two other books in the series to really get the full impact of this one (and enjoy the many appearances and cameos from past characters). The heroine was pretty awesome, but there was a bit too much repetitive angsting for me to be really wowed, and the revelation of her identity (to the hero and in general) didn’t live up to my expectations. Also, very saccharine epilogue. C+/B-. 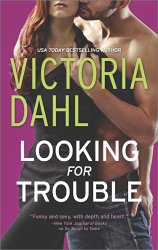 Looking for Trouble by Victoria Dahl

Dahl is always good for fun characters and great dialogue, and this was no exception – so I didn’t even mind the small town setting. In the past I felt like Dahl was overly reliant on the “this is just casual, we can’t fall in luuuuuv” plots, so I was glad that she’s ditched that. I wasn’t all that impressed with the plot and wish Sophie had spent less of the book essentially slut-shaming herself, but I enjoyed the chemistry and the friendships, so the overall experience was positive for me. B-/B. 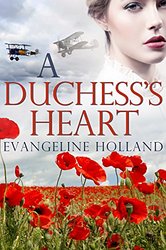 A Duchess’s Heart by Evangeline Holland

This is the second in a two-book set that Holland labels romantic historical fiction. In my review of part one, I felt that the label was misapplied, since the book focused almost entirely on the deterioration of the marriage of Bron and Amanda, the Duke and Duchess of Malvern. A Duchess’s Heart takes place during World War I, and deals with how the couple rebuilds their marriage in the aftermath of Bron’s serious injury, which also left him with amnesia. With his memories inaccessible, Bron is trying to make sense of his relationships with his family, which he can sense are strained. The plot this time is more along the lines of a conventional romance, but retains the multiple storylines and POVs of An Ideal Duchess. Once again, some of these worked for me better than others. I must say that I was surprised by the number of typos and other errors, to the point of wondering if anyone had proofread this. B-

Beyond Limits by Laura Griffin

I reviewed Beyond Limits and found it something of a mixed bag. 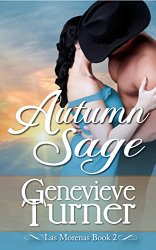 I liked Turner’s Summer Chaparral, but Autumn Sage was, for me, an “admire rather than enjoy” sort of read. At the end of Summer Chaparral, Isabel and her fiancee Joaquin are attacked, he’s left for dead and she is almost raped. In Autumn Sage, Marshall Sebastian Spencer is sent from Los Angeles to apprehend the fugitive responsible for the attack. While Sebastian is doing this in pursuit of justice, the judge who sent him has political reasons for pursuing the case. I liked the setting (late 19th century California), but Isabel and Sebastian were so controlled and reserved in many ways (and in Sebastian’s case, deliberately repressed) that they came across as cold and judgmental, and I just could not get invested enough in their story as a result. C+. 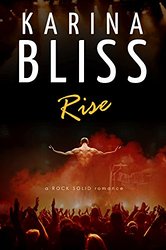 Maybe I should read more rock star books? Because this was a lot of fun. Zander Freedman is a rock star who’s lost his band, reformed it with musicians he found on a reality show, and mortgaged everything he has to finance a world tour. There are a lot of people depending on him, and he’s losing his voice because of a vocal cord polyp, which he can’t afford to deal with until the tour breaks even. Zander is able to talk respected historian and biographer Elizabeth Winston into writing his biography (“He was manipulative, honest, gifted, charismatic, a leader, morally ambiguous—everything, in fact she sought in a biography subject.”). I kind of expected Elizabeth to be a conventional academic wowed by the larger than life Zander; my bad. She is anything but, and their interactions are very entertaining as Zander (who is a jerk, but a charming and self-aware one) constantly tests her patience and she lets him get away with none of it. I’ve read Bliss before, but this felt like a departure from her previous work, which was well-written but nowhere near as funny. The first half or so reminded me a bit of vintage Jennifer Crusie, and I thought I had my first A read of 2015. As the book turned more serious, however, I was not quite as engaged and also began to notice things like Zander coming across as more of a 70s/80s rocker and supposedly American characters sounding not quite American at times. Still, a very strong B+ for me.