What Happened by Hillary Clinton 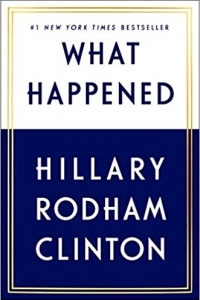 This was a long book and at times a painful one to read; there were things I didn’t want to relive but felt I should, for some reason. It’s a bit dry at times but it also contains a lot of interesting inside-politics stuff (which I love) and it’s often insightful and funny. Clinton also lays out clearly some of the issues – such as the !!!!!EMAILS!!!! that have been litigated to death but still may be confusing to some people. I really admire Clinton’s Methodist get-up-and-go attitude. She also talks about not giving into bitterness and cultivating a “discipline of gratitude,” which is something that really resonated with me. I gave What Happened an A-. 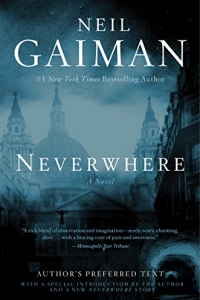 I’d never read Gaiman before (I’m a picky and trepidatious fantasy reader). I picked up Neverwhere in the Daily Deals and I’m so glad I did. Richard is a young Scot working in London. On his way to an important dinner with his bitchy fiancee, he stops to help an injured young woman lying on the sidewalk. This sets in motion a series of events that quickly ruin Richard’s life – he becomes virtually invisible or unrecognizable to the people around him, essentially ceasing to exist in London proper. Richard sets out for London Below, hoping the find the Lady Door, the young woman he rescued. Door’s whole family has been murdered and she is on a quest to find out who killed them and why. Neverwhere is filled with unforgettable, vivid characters, heroes and villains and a few people who are a bit of both. Strange, beautifully told and very funny, this was an A- read for me. 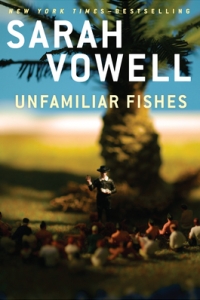 I love Vowell’s writing – Assassination Vacation is my favorite. I’ve mentioned before that her section on the Oneidan community in 19th century New York is one of the funniest things I’ve ever read (“you know you’ve reached a new plateau of group mediocrity when even a Canadian is alarmed by your lack of individuality”). Somehow I hadn’t gotten around to this account of the discovery and eventual takeover of the Hawaiian islands by Europeans and Americans. It was funny and informative, but bogged down a bit in the last quarter for me. I think the inevitable denouement cast a bit of a pall over the ending; the behavior of the “civilizing forces” was so appalling and yet so damn familiar. Still, Vowell’s humor works for me (she references modern Hawaiian architecture: “…condominiums built in the post-1959 statehood architectural style I like to think of as A Very Brady Brutalism”). I’m giving this a B. 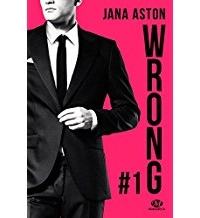 I remember that I got this for free from the Daily Deals because it sounded like it had a lot of enthusiastic fans. Unfortunately, I wasn’t one of them. The story was entertaining enough, but the characterizations, the age difference and power difference and the dominance of the “hero” were all pretty off-putting for me. The heroine is a college student and barista who lusts after a handsome customer and then discovers he’s her new gynecologist. He later admits to her that he was turned on while giving her the exam, which was just too perverse for me. The ending read like an immature teenage girl’s fantasy HEA. I’m giving it a C for readability but the more I think about it the more I have a problem with a *lot* of the story. 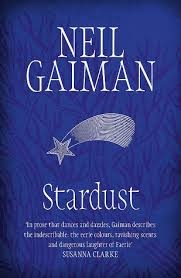 I liked Neverwhere so much I dipped right back in to Neil Gaiman’s writing with this, a different sort of fantasy. The hero, Tristan Thorn, lives in the English village of Wall (I think in the 19th century?). When he sees a falling star, he promises the girl he loves that he’ll retrieve it for her. Doing that requires traveling beyond the wall for which the village is named, into Faerie. There he encounters a number of strange folk, including a few who also want the fallen star and who are a lot more ruthless in trying to get it. Tristan also eventually discovers some truths about himself and his past that affect his quest in Faerie. Stardust didn’t have *quite* the resonance that Neverwhere did for me, but it was still very good; a B+. I need to track down the movie version, which I understand is well done. Now, which Gaiman to read next? 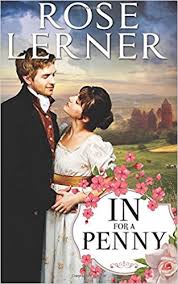 When this came up in the Daily Deals, I couldn’t remember if I’d read it or not. After reading the blurb I decided I hadn’t and scooped it up. I’ve liked the other 3 or 4 Rose Lerner titles I’ve read, so I was hopeful with In for a Penny, with good reason. I ended up liking it quite well. It starts with a hasty marriage of convenience between Cit heiress Penelope (nee Penny) and Lord Nevinstoke (Nev to is friends). He needs her money, and she impulsively agrees because she’s attracted to him and sick of waiting for her dull suitor to come around and decide he’s got enough money saved to marry her. Once married, and settled at Nev’s rundown family estate, internal (both the hero and heroine have insecurities to overcome) and external (the tenants have been ill-treated and are restless; his mother is rude to her) pressures threaten the couple’s burgeoning happiness. I really liked both Penny and Nev – he especially was an unusual sort of hero. He’s kind of a wastrel, but young enough that you can forgive him for it, and when he realizes he needs to step up to save his family after his father is killed in a duel, he takes his responsibility very seriously. There’s some satisfying melodrama regarding the hero’s cast-off mistress, but maybe I’m finally maturing in my tastes because I actually appreciated that the sturm und drang wasn’t overdone; the hero and heroine are too level-headed to allow for a Big Mis. The main villain was a bit over-the-top, but that was a minor quibble. My final grade for In for a Penny is a B+. 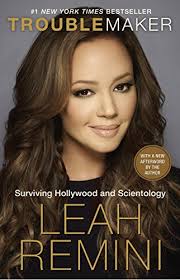 I’ve long had a fascination with Scientology (and cults in general; I went through a phase of reading fundamentalist Mormon books a while back). The stories are often disturbing but the ways in which people get caught up in these groups and the justifications they must use to continue within them really interest me. Anyway, I’d read a least one Scientology memoir and have been watching Remini’s series on A&E here and there. She has an appealing personality and I’m not sure why I didn’t pick up her book before now, except that celebrity memoirs aren’t really my thing. Remini writes about her life in general but since Scientology was such a big part of that, from childhood, most of the book is about the church, her relationship with it and experiences within it. It didn’t cover any ground I hadn’t heard of or read already, but I gained a few insights anyway. For instance, I was aware that Scientologists are encouraged – even expected – to rat on each other by writing reports of any behavior they witness that is against the precepts of Scientology. But Remini frames it as being encouraged for the person’s own good – they can’t advance in Scientology if they aren’t behaving right, so you’re doing them a favor by letting the church know of their wrongdoings. Screwed up as that is, it explains how all the tattling hasn’t completely destroyed the group and its parishioners, as I would expect it might. There were times that I felt like Remini’s perspective on things just so happened to conveniently cast her in the best possible light – for instance, when she has an affair with a married man (who eventually becomes her husband) or when she questions the prominent role that Tom Cruise plays in the church. But overall, this was a worthwhile read, especially if you’re interested in Scientology and/or Hollywood. I gave it a B. 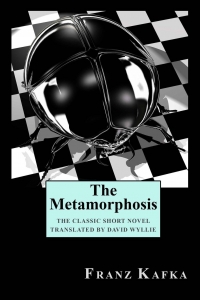 The Metamorphosis by Franz Kafka

Because I’m a cheery person, I chose this as my last classic of the year (actually, I just wanted something short I could read before the year ended and start the new year with some big meaty classic that will probably take me until June 2018 to finish). It’s hard to say I *liked* it, because it was such a sad story, but I found The Metamorphosis quite moving. It wasn’t quite what I expected in that I anticipated something much more full of philosophical meandering and existential angst. It had the latter, but it was presented in a very…matter of fact way, I guess. For those unfamiliar with the story, The Metamorphosis features Gregor Samsa, a traveling salesman who works hard to support his parents and younger sister. He wakes one morning at home to find that he’s been transformed into a giant bug. A lot of the story, at least more than I was expecting, details the physical difficulties of Gregor’s new form – his attempts to move around his bedroom and deal with his changed body. The horror his family feels is delved into as well, and the reactions each family member has to Gregor’s state (his father’s is anger, his mother’s is grief, and his sister’s changes from pity and charity to resentment over the course of the story). Gregor’s own reaction is somewhat more muted; he tries to alleviate the burden he is placing on his family but his reaction to what’s befallen him is never entirely human; his mind is clearly changed as well as his body. His mind slowly deteriorates further as he tries to hold onto his humanity; Gregor attempts to communicate with his family but they can’t understand him, and in turn none of them seem to realize that he can still understand them (a detail I found especially poignant). Though the situation is absurd, it’s often dealt with in such a practical way that the absurdity feels muted. Instead, I felt true sadness at Gregor’s total alienation. The story reminded me a bit of Melville’s “Bartleby the Scrivener”; both deal with the alienation of a working man who hates his job and how they withdraw from the world (in very different ways!). I give this an A- and am glad I read it.