I also read and reviewed Time and Again by Jack Finney. 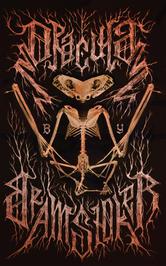 I wanted to try a classic “scary” read for Halloween (though I started Dracula too late and didn’t finish it until well into November). I was a little uncertain about reading this one, though – I’ve heard Bram Stoker criticized as an old-fashioned and dull writer. I wasn’t sure how well I’d relate to the book; like comedy, horror doesn’t always age well. But inherent in my quest to read classic literature is the understanding that I’m not going to like everything I read – for me it’s not just about reading for pleasure (as say, my romance reading is), but expanding my horizons and gaining culture and an understanding of literature throughout history. Anyway, I actually found Dracula surprisingly entertaining, readable and yes – scary. All the characters I’ve seen in films and television (often in vastly different interpretations) – Mina Harker, Jonathan Harker, Van Helsing and the Count himself – are fascinating to see in their original incarnations. It’s rather moving and effecting to realize, for instance, how soiled Mina feels after been targeted by Count Dracula. But it also makes perfect sense – she is a good Christian Victorian woman, and she has found herself defiled, in a sense, by an absolute monster. The heroic actions of her friends to try to save her were really very stirring. I’m very glad I gave Dracula a chance. My grade was an A-. 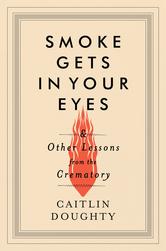 Smoke Gets in Your Eyes by Caitlin Doughty

I first became aware of Doughty through her “Ask a Mortician” web series at Jezebel; I found her engaging and funny, and her subject matter compelling (it was here that I first heard of the practice of “Tibetan Sky Burial”, which I still find fascinating). I am as squeamish about death as the next gal; actually, probably more squeamish than many. But I suppose there’s an element of attraction/repulsion in my feelings on death and dead people, so I picked up this book, not without some trepidation. It’s both a memoir detailing how Doughty got into the mortician business, and a passionate avocation of her beliefs on how we deal with death and dying in modern-day America (and how we should change). The details of her work at a crematorium were both interesting and at times quite disturbing. But it was Doughty’s philosophical musings that bugged me more – I found her more preachy and judgmental than I recall her being in the web series, and it put me off. It’s one thing to believe that we’re too removed from the reality of death as a society – I can agree with that. Doughty champions the old ways of interacting with the dead: the family prepared the body and kept it at home until it was time for burial. One can idealize those times, but the fact is, those people didn’t have a choice, and today we do. Has it made death a sanitized and less meaningful process for some of us? Yes, probably in some ways, it has. At the same time I don’t agree that there’s something fundamentally wrong with people who can’t or simply don’t want to have such intimate contact with the dead bodies of their loved ones. While I understand Doughty having a strong perspective on these issues, I wish it had been leavened with more compassion and understanding for other viewpoints. I gave this a B-. 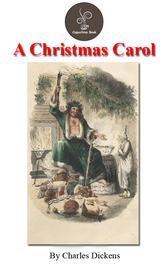 A Christmas Carol by Charles Dickens

I picked this up as my “classic fiction” pick, right after I finished Dracula, wanting to actually read a Christmas book at Christmas-time. I *think* I’ve read this before, in high school, but I don’t remember for certain. It’s hard to say, because I’m so familiar with the story from stage and screen anyway (I watched two adaptions on Christmas Eve alone). Anyway, it really is a lovely story, if not terribly complex (there’s not a lot of explanation of how we get from Fezziwig’s happy-clerk-Scrooge to the, well, Scrooge-like Scrooge of later years), but as a redemption tale it’s wonderful, with just the right amount of treacle. I gave this an A. 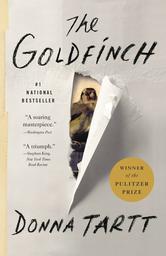 The Goldfinch by Donna Tartt

I had heard about this book last year but hadn’t given it much thought until my sister read it and liked it, and then my aunt happened to buy it on a friend’s recommendation. I’m nothing if not pointlessly competitive, so if *they* were going to read it, gosh darn it, so would I. At its heart The Goldfinch is a bildungsroman. A quick Googling confirms that I’m not the only reader to see some superficial parallels to Great Expectations (speaking of Dickens). It opens in present-day Amsterdam, where 27-year-old Theo Decker is hiding out in a hotel room from some unspecified crime and a boatload of demons. The story then travels back to Theo as a 13-year-old in New York City, the day he loses his beloved mother to a random tragedy that he nonetheless blames himself for. In between the story details teenage years in Las Vegas, an awful father, a dysfunctional surrogate family, a lovable but neglectful mentor, antique furniture restoration, art theft, drugs (a LOT of drugs), PTSD, unrequited love, a crazy Ukrainian named Boris who becomes Theo’s best friend (and possibly his worst enemy, though Theo himself is in the running for that title) and probably a lot more I’m not thinking of right now (it’s a long book). I loved this story; Theo manages to retain his humanity and the reader’s sympathy through (a lot of) bad decisions. The Goldfinch has some improbable twists and turns, but then Dickens did, too. My grade was a straight A. 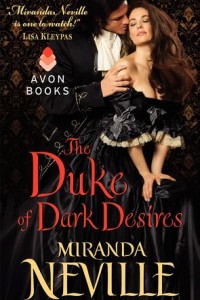 The Duke of Dark Desires by Miranda Neville

Reviewed here. I can’t even talk about “historical malaise” anymore. I’m over it. I probably just shouldn’t read historical romances again for a few years (but I know I will). This was a good book that nonetheless kind of bored me. It didn’t help that I really didn’t like the hero that much; the whole “relentless try to seduce the help” shtick has gotten old  and rather distasteful for me, I’m afraid. It took me a long time to read this book, and none of the events surprised me; they were all telegraphed well ahead of time. Neville is a good author, and I’ll try her again, but I wish that I could find something truly new and fresh in historical romance. My grade was a B-. 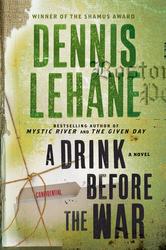 A Drink Before War by Dennis Lehane

I really, really loved Lehane’s The Given Day and liked its sequel, Live By Night, quite well. I have also enjoyed several of the film adaptations of Lehane’s work, particularly Mystic River (though enjoyed may not be the right word for such a grim movie). This was Lehane’s first book and the first in the Patrick Kenzie/Angie Gennaro mystery series (the film Gone, Baby, Gone – also a good one – was made from a later book in the series). I liked A Drink Before War, but didn’t love it. It was compelling; I finished it in about two days, which is quick for me. But I was surprised by how unnuanced and at times even unsophisticated it was in its views on good and evil. Moral ambiguity is a central theme in the other books I’ve read by Lehane, so the black-and-whiteness of the world presented here was a surprise to me. I think Lehane has grown quite a bit as a writer since A Drink Before War. I gave it a B. 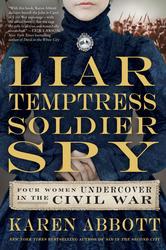 I had run out of non-fiction to read and picked this up partly because it had a recommendation from Erik Larson (I love Erik Larson’s writing). The story follows four women during the American Civil War, two who supported the Union and two the Confederacy. Emma Edmondson chose to show her support for the Union (and avoid an unwanted marriage) by disguising herself as a man and joining the Union army. Elizabeth Van Lew was a wealthy spinster of Richmond, considered eccentric and later despised by her neighbors for her Union sympathies (and they didn’t even know how active she was, from spying to hiding escaped Union soldiers in her mansion). Widow Rose Greenow had a reputation in Washington, D.C. for cultivating wealthy and powerful men (since it was Washington, this meant politicians); once the war began she used her wiles to spy for the Confederacy. Belle Boyd was a 17-year-old Southern belle, enamored of herself and desperate for the glory she could obtain by being a heroine for the Confederate cause. Abbott does a fairly good job of balancing the story and portraying each woman’s strengths and weaknesses honestly (though I couldn’t help but wonder if there were more to Edmondson’s decision to live as a man; the possibility that she was transgender is not examined). I will say that Edmondson and Van Lew were vastly more sympathetic as characters, and not just because they were supporting the morally righteous side. Both have a martyrish fervor that is at times slightly off-putting, but it’s nothing compared to Greenow’s arrogance and virulent racism, or Boyd’s enormous ego and self-absorption (and the racism there, too). At times the book was unpleasant to read simply because Greenow (and Boyd to a lesser extend) was so unlikable. Still, I would give this book a B+ and will be seeking out the author’s backlist.