Jayne didn’t enjoy this book as much as I did and part of my appreciation  arose out of its introspective look at  question of morality. The acts that people do in furtherance of what they believe to be a “good” as dictated from a higher being  can often be terrible. The lines between who is good and who is bad are blurred in Cover Him with Darkness and the text made me question the motivations of all the characters.

Books about religion are often shied away from by readers. Inspirationals often have me running for the hills, but a book that actively questions faith and the origins of it? I like that a lot. It was one of the things I fell in love with in the Last Hour of Gann.  Are there other books with these types of themes? 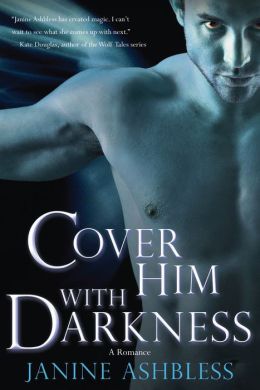 I was given the opportunity to ask questions of the author and I present them to you. If you’ve read the book, I’d love to hear your thoughts.

1)The ending is ambiguous. Do you have more books planned for the couple in Cover Him with Darkness?

Yes, I do. When Cleis asked me to write this book I told them “It’s a big story and it can’t really be tied up in one novel. Milja releases a fallen angel from imprisonment – this is going to have huge repercussions that’ll affect the whole world. Azazel is not repentant and he’s got plans for revenge. Various Churches want to imprison him again, or make use of him for their own ends. What will the loyal angels do? What will God Himself do? So much is going to happen following on from Mija’s pivotal decision! I need more than one book!” And Cleis agreed, I’m glad to say.
2) How many books do you have planned in the series?

This should be a trilogy – “The Book of the Watchers.” I know how it carries on from this first volume, and the ending is a shocker! Now, whether the second and third books see the light of day depends on sales of “Cover Him with Darkness.” I’ve got my fingers crossed!

[Jane’s note: The ending is a shocker but it’s not a cliffhanger so you can read book 1 and be satisfied but intrigued about what comes next.]
3) This is a fairly religious book or at least it has a lot of religious overtones. Generally those are avoided in mainstream fiction unless the book is an inspirational. Did you receive any pushback?
Were you concerned about the reception?

Good question. Religion is an intensely divisive subject and almost any opinionated treatment of the big questions of Good and Evil, sex and God in fiction is going to offend someone. So yes, I’m braced for pushback. In fact I welcome it as a sign that I’ve not written something too bland for argument; I’ve got under readers’ skins and challenged their comfortable world views. How can you write about an angel in the contemporary world – particularly a fallen angel who has been punished by God for having sex with mortal women – without addressing the issues of sexual sin, justice, power and free will? The writer can’t, in good conscience, pretend that none of those things are relevant to the romantic plot.

I was clear from the start: my fallen angel Azazel was not going to be nice and/or holy (otherwise he wouldn’t be Fallen, would he?), but he was going to be written with sympathy. He’s a victim as much as he’s a perpetrator. Straight away that had me, the author, siding to some extent with the “bad guys”. And yes, that’s going to be controversial.

Actually, most of what I write is erotica, though some of those plots are driven by love too; “erotic romance” is something I write occasionally, and I hope with a touch of subversion. I hugely enjoy writing both genres and I think the distinction is largely an artificial one to do with different literary conventions. In real life love and lust are mixed up in all sorts of complicated and wonderful ways. In an ideal world, I’d like to see fewer rules from publishers, and more fluid and open expectations from readers – a good exciting book is a good exciting book, regardless of genre. Let the author surprise you!

Oh goodness, I honestly don’t have a clue. I’m not one of those authors who keeps a close eye on marketing and publishing. I just write the books I long to write!
7) In Cover Him with Darkness, I wondered if Azazel was in love with love itself or at least the concept of it, as if it made him richer. Was there an underlying message to the story that you would have liked for readers to left with?

Azazel needs love – it literally keeps him alive. So to that extent his desire is self-centred. In “Cover Him with Darkness,” the sexual and emotional relationship between Azazel and Milja is in its initial stages, and both have enormous amounts to learn about each other. In addition, Azazel has been bound in a cave for the last five thousand years and has the whole of modern culture to adjust to. He’s going to mess things up a lot. But he’s learning already, and starting to change by the end of the book.

Do I have a message for readers? Maybe: everyone is worthy of sympathy, everyone is suffering. Let’s have less knee-jerk condemnation, more understanding.

The follow-up to “Cover Him with Darkness”, I hope. It’ll be partially set in Ethiopia so I wouldn’t say No to a research trip… ;-) 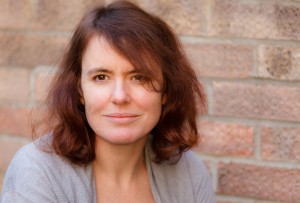 Janine Ashbless is a writer of fantasy erotica and steamy romantic adventure – and that’s “fantasy” in the sense of swords ‘n’ sandals, contemporary paranormal, fairytale, and stories based on mythology and folklore.  She likes to write about magic and mystery, dangerous power dynamics, borderline terror, and the not-quite-human.

Janine has been seeing her books in print ever since 2000, and her novels and single-author collections now run into double figures. She’s also had numerous short stories published by Black Lace, Nexus, Cleis Press, Ravenous Romance, Harlequin Spice, Storm Moon, Xcite, Mischief Books, and Ellora’s Cave among others. She is co-editor of the nerd erotica anthology Geek Love.

Her work has been described as: “hardcore and literate” (Madeline Moore) and “vivid and tempestuous and dangerous, and bursting with sacrifice, death and love.”   (Portia Da Costa)