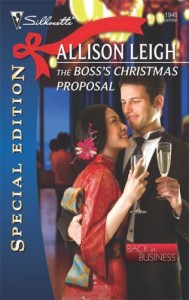 Someone emailed me and said that there was an actual Asian woman on the cover of a Harlequin series book. Of course, I figuratively ran over to the eHarlequin store and bought the book. It could have been a secret baby, amnesia, virgin widow story and I would have bought it.

This book took a different route, but it did suffer from the usage of stale character motivations which disappointed me given the opportunity the setting and culture of Japan had presented.

Kimi Taka is the pampered, socialite daughter of Mori Taka, a premier hotelier. She announces to her father and step-mother that she is leaving school and wants to be part of the TAKA-Hanson corporation. Kimi is desperate to be judged on her own merit and be an asset to the family which is stacked full of over achievers. Even her stepmother’s children are all successful. Kimi’s known mostly for her escapades on the beach and not in the boardroom.

Over her father’s objections, Kimi’s stepmother arranges to have Kimi take a job at Taka Kyoto, a new hotel opening in Japan. Greg Sherman was handpicked for the general manager position of the new hotel and if he is succesesful at Taka Kyoto, his career will have been made. He is unhappy being saddled with Kimi, knowing that he’ll have to babysit the socialite as well as oversee the final construction of the hotel and its grand opening.

Kimi’s motivations were fairly contrived, or, at best, juvenile. She quit school because she was tired of the favoritism. She tried to fail and the professors were always willing to give her a helping hand. She wanted to be judged on her own merits. It doesn’t really make sense that she would ask for a job from her father. Why wouldn’t she just apply somewhere? Further, what makes her think she won’t get favorable treatment in the work situation? These issues aren’t addressed even though she is given favorable treatment by being placed in a position that applicants without the last name Taka must have years of experience.

In fact, the entire conflict between Kimi and Greg is his belief that she needs to be treated differently and Kimi’s desire to be treated like any other employee. Beyond the fact that Greg believes Kimi to be simply one more task on his lengthy list of items to be completed/taken care of before the opening, he has an learned aversion to socialites. Early in his hotelier career, Greg fell for a spoiled rich girl at a resort who dropped him abruptly when a better offer came along. Greg perceives Kimi to be fashioned out of the same mold, no matter how hard she works.

The spurned lover turned socialite hater, Greg, and the poor little rich girl, Kimi, were too conventional in this story for me to really enjoy despite the Japanese setting. While the culture seemed to show itself at small points throughout the story, I felt that there was a real lost opportunity by exploring Kimi’s desire to be viewed as American and shunning her Japanese heritage. Given her stated position, I thought that there might be a reawakening of a love for Japan for Kimi but there was not. While I appreciate the attempts to give this book flavor beyond the ordinary European settings, it could have been used to a greater degree.

Both Greg and Kimi are likeable characters. Kimi, in particular, has that negative hotel heiress stereotype to overcome and I found her genuine and enjoyable. She did mature over the course of the book and this helped to bring up the grade of the book for me. I do appreciate Harlequin putting more minorities into their mainstream lines. C