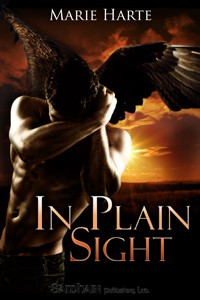 I was interested in this story because it featured a shapeshifter of an unusual kind: birds of prey. Cullen Whitefeather is a part of the Ac-taw, the name for those who shape shift. Cullen’s other form is that of a golden eagle. Cullen and his family live in Cougar Falls, an area that is protected by a mystical totem which allows only those who are Ac-taw to find the place.

Cullen has visited the local diner nearly every morning to have coffee and waffles and to ogle Sarah Duncan, the waitress, for whom he has unrequited feelings. After Sarah is attacked by a jealous gaggle of raptors, Cullen takes her wounded body home with him where they await Ac-taw justice.

I did appreciate the attention given to the bird of prey habitat and behavior. You took careful effort to show how Cullen and Sarah were different types of shapeshifters. The battle scenes between the birds of prey was also unique and very well done. The mannerisms of the animals were also well incorporated throughout the book. Cullen’s mother calls her strapping son a “shy sparrow” at one point.

One problem I had was with Cullen. He was supposed to be this man of few words and it is true that he didn’t have many lines of dialogue, but when he did speak it wasn’t consistently in that manner. It was impressed on the reader time and again that Cullen had a difficult time expressing himself and thus sentences like “Baby I can’t get enough of you…I can’t believe how good you make me feel” or “Stay for a few more days, okay, Sarah? I know you still want to leave, but would you humor me” don’t seem in keeping with the character that was trying to be portrayed. I.e., Cullen’s mom says he “[c]an barely put two words together when he’s wanting something.”

Sarah’s quick tumble into love for Cullen seemed a bit improbable particularly after she admitted that she once had the hots for another man in Cougar Falls. I actually thought it was a unique storyline that she had “loved” someone else but it never really played out. She easily dismissed those feelings as unimportant (and maybe they were) but I didn’t really see how she felt Cullen and she were a good fit. Cullen was very good for her but I wanted to see more evidence of why Cullen was the one for her as opposed to another man.

I was more interested in the history of Cougar Falls and the mythology of the Ac-taw than I was in the story of Cullen and Sarah. Too much was forced to happen too quickly. The unrequited love story was resolved too quickly; Sarah fell in “love” without much reason; the story lacked nuance. Maybe the novella length affected the ability of the story to unfold at its own pace. However, from a world building standpoint, I would probably read another story based in Cougar Falls. C

This novella can be purchased at Samhain in ebook format.