When I first received your book for review, I had some concern that the hero is going to be a jerk. I’ve been reading a lot of mean heroes and I wasn’t in the mood for that archetype again. I was assured that famous movie star Simon O’Neal was not a jerk and upon reading the book, I concur. Simon is misunderstood, driven by personal demons, but equipped with a good heart. Other than a few pages in the beginning, Simon acts with kindness and generosity toward almost everyone and, in some cases, a bit naively.  This was in direct contrast to his past negative behavior we are told about.  I was never really sure about the genesis of Simon’s past behavior, whether it was drugs or love or something else unstated. 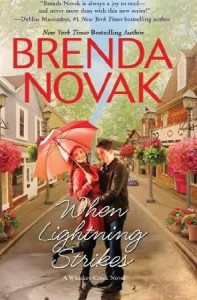 Gail is a publicist for famous people. One of her clients was Simon. When Simon’s behavior began to spiral out of control, Gail felt that he was doing her business more harm than good and so she suffered their business relationship. In a fit of pique, Simon informed his business manager that he wished Gail would be sent back to her small town. EN, the business manager made that happen by placing a few phone calls indicating to Gail’s other clients that Simon would like to see them leave her.

Gail subsequently loses most of her clients and her business faces ruin. I know this is supposed to engender sympathy for Gail but her behavior is what jeopardized her business. Gail repeats defamatory statements about her client or former client to the press:

Maybe when Simon O’Neal grows up, he’ll realize that women are good for more than just one thing.

Simon O’Neal is his own worst enemy. He hates himself in direct proportion to everyone else’s admiration. Why is anyone’s guess. The guy’s had it all. As far as I’m concerned, there’s no excuse for his behavior…

Maybe some people find him attractive. But I wouldn’t sleep with him if he were the last man on earth. There’s no telling what kind of disease he’s carrying….

I wouldn’t want to do business with the publicist who said those things about another star just because their business relationship turned sour. I found Gail to be incredibly unprofessional. She deserved to lose her business and her business reputation.  With this as the background, it was difficult to see why I should be sympathetic for Gail but the attempt to make it more about the tragedy Gail’s employees would suffer if her business would close was a good attempt.

Nonetheless after Gail’s assistant leaks another damaging an untrue story about Simon, the only way to salvage his reputation is for him to marry a nice girl. Ian, Simon’s business manager, and Gail determine that the only person who can fill the bride shoes would be Gail herself. The setup for the marriage of convenience is about the only credible part of the story.  The two head off for Gail’s home town of Whiskey Creek so that time can repair Simon’s tattered reputation.

Read without much introspection and the story will come off an easy and uncomplicated read which essentially delivers the message that love can cure all harms.

Simon, for instance, is supposed to be an out of control alcoholic whose past troubles with the bottle has led to him losing the custody battle for his son; engaging in countless of affairs and cheating scandals; and suffering a serious loss of reputation. Yet his recovery is marked by no withdrawals and only a few intense yearnings for drink. There are no missteps or backslides or even tantrums.

Gail is presented as a decent and emotionally stable individual. However early on it is implied that her father and she have a very strained relationship. Her father tends to withhold affection when Gail makes decisions that he doesn’t approve of. This type of manipulative behavior could be problematic but not in this book. Instead any glimpses that we receive of her father are of a kind and goodhearted man who loves his daughter deeply and does not withhold affection.  Either Gail is a very unreliable narrator or we just skipped few relationship steps.

Gail herself is not so kind, holding a crutch against a high school classmate some 10-15 years late and flinging regular insults toward Simon.  The latter seems particularly cruel when they are made after Gayle recognizes how deeply insecure Simon was and how so many of his actions were driven out of despair.  Gail’s belief that an upstanding man of that community couldn’t possibly be beating his wife despite evidence to the contrary seemed close minded and frustratingly myopic.

The cast of characters who will people Whiskey Creek and further books seemed to recall those of Susan Mallory’s Fool’s Gold series including the Pro football player, the actor, and the professional cyclist.  The Whiskey Creek series does not break any new ground in the small-town contemporary sub genre. However, for fans of those types of books, this would be another fulfilling entry.  C

→ Jane
Previous article: No. 32 Podcast: It’s all about the serial
Next Post: Daily Deals: Science Fiction, Fantasy and a Freebie Contemporary