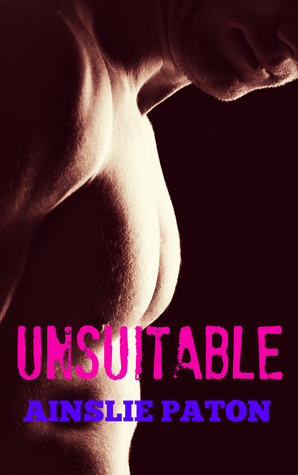 Audrey is an executive in the construction industry. She’s single, has a daughter, and is panicking because her care provider is leaving. She sets out to find a new nanny and encounters Reece. Initially Audrey believes that Reece is a woman and when this giant of a man shows up at her doorstep for the interview, her initial instinct is to turn him away.

But as she struggles through the interview, she realizes that Reece is suffering the same prejudices that she encountered trying to advance up the corporate ladder. In a woman dominated profession, Reece’s desire to be a care provider is viewed as suspicious and odd. What does a man, particular one that looks more like a day laborer, want with nannying a girl!

But Audrey’s child takes to Reece immediately and against the judgment of her good friends, Audrey hires Reece.  From there we see Reece judged based on his gender rather than his amazing ability with kids. He’s sexually harassed by the other women in the play group. He’s assumed to have lecherous intentions toward Audrey’s daughter, Mia, by her friends and family. Even Audrey’s co workers objectify him when they watch Audrey’s nannycam feed.

Reece is a sweet, kind hero who ostensibly wants nothing more than to care for Mia, the three year old. And he grows to enjoy caring for Audrey as well. The gender flip aspect of Unsuitable  was really well done from the thought process Audrey goes through in deciding to hire Reece to the way in which he is treated.

The relationship components–or the romance–was less successful for me. It wasn’t so much that the Audrey and Reece began a relationship with each other despite being boss / employee, but that Audrey’s personal angst was used to provide continual barriers to their emotional connection. At several different points, new issues from Audrey’s past were thrown in to keep the couple apart. First, there was the fact that they were boss / employee. Then it was that Audrey didn’t know how to love. Then it was that he wanted more children and Audrey didn’t. Then it was that Reece kept something from her.

There really only needed to be one or two and not the endless parade of emotional conflicts. Further, the big secret that Reece keeps from Audrey is blown out of proportion and her reaction to it came off as almost cruel. Without spoiling the ending, Audrey assumes very negative things about Reece’s character based on something that happened in his distant past.

I recognized she was using Reece’s reveal as an excuse to keep him at an emotional distance because she was ill equipped to dealing with being in love and having a long term commitment to a man, but I felt she lost a lot of sympathy at that point.

There seemed to be consistency issues.  In the beginning of the story Reece has a girlfriend who is very ambitious. One of the things that breaks them up is that the woman is desirous of Reece to be more aggressive in bed and that he have more ambition beyond wanting to be a care provider. Reece maintains all along that he does not have these ambitions and this leads them to break up. I quite liked the idea of Reece wanting solely to be the caretaker of home and hearth and felt that was more closely aligned with the gender flip aspects. But in the end, that’s not how the story turns out. Further, Audrey’s position on family changes without much of any discussion.

It pains me to say this but there were several typos in the book and beyond that the use of Australian cant was so heavy that at times, I didn’t know if the word was misspelled or actually legitimate slang.

I liked that this book was written and it’s super hard to grade because I wasn’t in love with how the romance conflicts worked out but the use of a male nanny to expose gender politics was so well done and so unusual that alone gets high marks. In the end, I’ll settle on a C+