As a longtime reader of your fantasy-romance Drakon series (books aimed at adults), I was eager to read your newest book, The Sweetest Dark, which is both related to the Drakon series, and the first book in a new series aimed at readers of YA.

You state on your website that The Sweetest Dark series stands alone and I very much agree that it can be read by readers who haven’t read your other books. In fact, I suspect that new readers may enjoy it more than I did. My knowledge of the earlier series was one of the things that got in the way of my reading pleasure.

The Sweetest Dark opens with a prologue written in second person, one which seems to address the reader, asking us if our eyes are open, if we have seen that “right there living beside you—are monsters of ferocious beauty [….]” It closes by telling us:

They are the drakon.

And this is the story of one of the last of them.

We then switch to the first person POV of Eleanore aka Lora, who hints of secrets she did not know until age sixteen. In 1909, ten year old Lora was found on the streets of St. Giles, mute and suffering from memory loss. She was taken to the nearest orphanage (ironically called Blisshaven) where she learned to speak again, though only the thinnest snatches of memory ever returned to her.

Like all the orphans crowding the Home, I felt certain that I did not belong where I was. That someone, somewhere, was surely searching for me, because I was special.

Unlike all the rest of the orphans, I was right.

As Lora gets older, she begins to hear sounds others don’t hear. Music from stone and especially from metal or jewels. An internal voice that tells her it will continue to haunt her until she is who she is. It also encourages her to open the window and jump, and eventually, at age fifteen, she does. 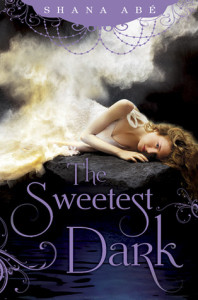 Not surprisingly, Lora ends up in a lunatic asylum for over a year. Lora spends that period faking a return to normalcy as best she can. Ultimately, she succeeds well enough to be released back to Blisshaven.

Meanwhile, World War I has broken out, and the orphanage has been bombed. The government has recommended evacuating the children to the countryside. Upon Lora’s return, a place is found for her as a charity pupil at The Iverson School for Girls in Wessex.

It turns out that The Iverson School is a school for aristocratic young ladies and a remarkable opportunity for Lora to further her education. If she conducts herself well, the headmistress explains, she will be able to seek employment as a governess after graduation, something no other Blisshaven orphan could dream of.

But as Lora discovers, conducting herself well will not be simple. Because in the vicinity of Iverson, she encounters two boys – one seemingly nothing less than the spoiled and rebellious second son of a duke, the other seemingly nothing more than a simple and mute groundskeeper – and both aren’t what outward appearances might lead everyone else to believe.

In Armand and Jesse’s presence, the music and the internal voice Lora has tried to shut out are magnified and become undeniable. Also undeniable are the differences between Lora and most human beings.

Who is Eleanore/Lora? Where did she come from? Where do the new abilities she discovers at Iverson come from? How do Armand and Jesse fit in? And will Lora’s unusual perceptions lead her to discover her true mettle or to her ultimate destruction?

As usual for me, I found your prose style lovely, elegant and vivid. I also really liked Eleanor/Lora who, like most of your heroines, is strong and not necessarily sweet. Despite all she has to endure at the lunatic asylum, Lora remains tough. She doesn’t let anyone run over her, abuse her or take advantage of her, and anyone who tries gets payback.

When Lora arrived at Iverson, I had some believability issues with the threats she issued to her fellow students, aristocratic young ladies who could surely get her kicked out or at the very least, into serious trouble.

As a reader of the Drakon series books, I knew that Lora was behaving according to the rules of her species, but since she was not raised within that species, and was instead brought up as a foundling whose position on the totem pole of the English class structure was low, I wasn’t sure how to reconcile her upbringing with her behavior.

This clash of two social structures could have been fascinating had it been explored, but since it wasn’t, it left me with raised eyebrows, in addition to a liking for Lora.

Most of the aristocratic young women at Iverson were stereotypical snobs, but one of them proved to have more depth than that, thankfully.

As for the two boys, Armand (“Mandy”) and Jesse, I found the first more interesting than the second, but unfortunately Lora was more interested in the boring one.

When I say Jesse was boring, I mean that he was such a paragon – caring, responsible, impossibly handsome, possessing amazing powers, including powers that draw Lora to him instantaneously — that he ended up approaching Marty Stu terrain.

In any case, I could not care about him much, or about his and Lora’s feelings for each other, which were almost sweet enough to make my teeth ache.

Armand, by contrast, was more abrasive and contrary, not always a nice guy, but he proved to have a softer and more vulnerable side. In that way, as well as in other ways, he and Lora were alike. I wasn’t always sure what kind of couple they might make, but I liked him enough to feel invested in him as a person.

By the end of the book, one of Lora’s potential suitors is no longer in the picture of Lora’s future. I was okay with this, personally. I’m not that keen on love triangles and I’m hopeful that the next book in this series, The Deepest Night, will take a different direction.

As stated before, my knowledge of the earlier Drakon series books interfered with my ability to enjoy The Sweetest Dark as much as I suspect a reader unfamiliar with the drakon might. Here are the reasons why:

First, a lot of this book hinges on the mystery of Lora’s unusualness. Who is she? What is she? These are the questions that drive the book.

As a reader of the Drakon series, I knew the answers to these questions. It took a good portion of The Sweetest Dark for them to be answered, and throughout this section, I felt impatient. Had all the clues been new to me, I would likely have been drawn into the mystery instead of tapping my foot and feeling a strong temptation to skim ahead.

Second, there is Jesse. His background and powers turn out to be something new. Perhaps this should have satisfied me, but it seemed like the Drakon mythology was being revised in order to accommodate his character. Readers new to this mythology will not notice or mind, but as a longtime reader, I was frustrated by what seemed like a late change.

There was a third negative effect from having read the earlier books which I will have to hide/bury because it involves a spoiler for The Sweetest Dark. Readers, click on it at your own risk:

Late in the book, it is revealed that the drakon species is almost extinct. This means that not only are the heroes and heroines of the earlier books are dead, but so are most of their descendants.

For the most part, I think I could have been okay with the melancholy this made me feel, because after all, most of the drakon books were set over a century earlier than The Sweetest Dark.

But there are also strong hints that Honor and Alexandru, the protagonists of The Time Weaver, are not only now dead, but had at best a decade or so of happiness before they were hunted down and killed.

I hope later books prove me wrong about this, but I fear they will not. Killing Alexandru and Honor off like that breaks an unwritten contract for me, as I think it would for many readers of romance. It’s a downer to say the least.

The Sweetest Dark was one of the first books I read after a reading slump and it helped get me out of that slump. That’s a big point in its favor. I appreciated that it had a mix of POVs — in addition to Lora’s first person POV, we get the two boys’ POVs in 3rd person, as well as letters written many decades earlier by a mysterious (or perhaps not so mysterious) woman named Rue.

There as some exciting action scenes in the book, and exciting reveal scenes as well. These sucked me in. There are haunting moments, too. I especially liked the scenes in which Lora visited the ducal mansion of Tranquility which, under its polished surface, was anything but tranquil.

Though I would have appreciated more historical detail about the war, the setting of the school and the beach and grotto that surrounded it enhanced the reading experience with their atmosphere. I suspect that had this book served as my introduction to the world of the drakon, it would have rated around a B- for me.

In the end, though, I’m a reader who loved most of the books in the earlier series and knows the drakon mythology well, and I have to grade from my own experience and perspective. For that reason, I give it a C.