“Secretary Emma O’Rourke keeps her head down and works hard. Now, summoned to bring back the heir of Kent Hotels, she suddenly has to step out of the shadows-.

Unshaven and jaded, Gideon Kent has been sailing the world too long. As he docks, he’s surprised to find Emma waiting for him.

Until now he’s refused to resume the role he was born for-but the oh-so-diligent and pretty Miss O’Rourke might just change his mind-.

Congratulations on your first published book. I’ve mentioned in reviews before that I like the Harlequin Romance imprint for it’s more realistic take on CEO romances and your book is no exception. Gideon Kent might be filthy rich but he’s also a nice guy. Emma O’Rouke is a secretary, albeit one who is highly valued by her employer, but she certainly doesn’t have “Wipe Your Feet” stamped on her forehead. 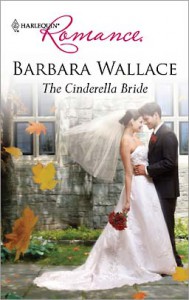 No, Emma’s issue is self effacement and her “Little Matchstick girl” shtick wore thin. I’m not fond of martyrs and even though Emma does have reason and we are told she’s really only pragmatic, I kept thinking – go for it girl. Enjoy this pampering a little. But then when Gideon and Emma ignite, she tosses all common sense to the wind even though he’s shown no signs of wanting forever much less actually saying anything. I guess when she’s held herself to these strict standards we’re supposed to expect a hard fall but it was too abrupt a change for me.

I think you did do a good job showing Gideon slowly changing from just lusting after Emma to falling in love with the actual woman. He admires her mind, her organization, her loyalty, her intelligence and seems to value her opinion. He also discovers the thrill of just making her happy, making her eyes light up with pleasure about something – like dinner or the dress or the boat. And they do seem to connect over understanding how family can hurt you. I also like that in the end, he does the chasing after her.

The ending scenes, when Gideon gets hoisted on his own “I don’t do relationships or forevah crap” petard were fun as Emma twists him inside out – or rather he twists himself when she turns the tables and pushes him away. Lots of befuddled Gideon scenes. I do like that Emma doesn’t take a lot of crap from Gideon. When he pushes her about working too hard for his grandmother she fires right back at him. As I mentioned earlier, at least she has something of a spine.

We learn the characters as we go and I thank you for the lack of info dumpage. But then there isn’t really a lot to learn. Gideon’s secret is revealed fairly quickly as are Emma’s problems with her mother. Most everyone else in the story has short cameo appearances. And even then, we hear about them but don’t see them much.

And then several opportunities for conflict are ignored or foreshortened. At one point, Gideon mentions one of his cousins and Emma appears not to like the guy but after one query from Gideon, this is totally dropped. Gideon and his parents seem to dislike each other but there are just a few short scenes with his father then -> detente is achieved between them but nothing is either shown or told about his mother. Emma’s mother has her usual short fling then meltdown but we see only a bit then, voila, it’s over.

When I finished the book, my thoughts were “nice, harmless Harlequin. Short. Whoa, it’s short. Cuts to the chase without a lot of extraneous stuff which is good if you want streamlined stories. Bad if you want depth.” Love the kitty though. Kittehs rule. C