I wasn’t exactly sure what I was going to get based on the blurb and excerpt. It sounded like there’s some dark past event that heroine Naomi is trying to face down but you kept it hidden through the into chapter that sets up Naomi and Zach as coworkers at some firm with Naomi being the tech clueless one who always calls on Zach to fix her computer boo-boos before it melts down. But Naomi is dating someone else – who sounds like a wanker, has parents who throw money at her rather than affection and doesn’t realize the giganto crush Zach has nursed for her for months. Fast forward to a year later and what Naomi has been through mentally becomes crystal clear when her use of an excessive number of bracelets is revealed as well as the anxiety her best friend feels at leaving her alone to house sit. 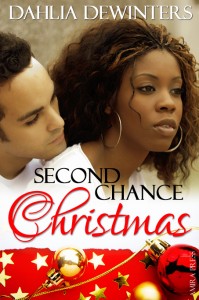 But Naomi feels she’s not in danger of repeating her suicide attempt despite the fact that she still feels cracked, if not broken anymore, after her therapy and meds. She manages to mess up the computer at the house where she’s staying – honestly she needs her own IT tech – and isn’t it convenient that the house calling IT guy agrees to one last job before quitting for Christmas Eve. Looks like Naomi is going to get her computer sitter after all. And some hot sex in the bargain because it’s Zach to the rescue and this time, he’s not going to let Naomi slip out of his life.

Mental health issues in a Christmas novella, now that’s different from the usual. Naomi has gotten standard mental health treatment but I was disappointed when she is sorta helped along in her recovery by Zach’s recollection of a Discovery channel show. Yes, she had counseling and meds but it’s a show on Japanese pottery repair techniques that does the trick. Oh well, whatever works for ya.

It’s also a good thing he’s an IT tech because she sounds like a disaster around a computer – and not at all worried about it. Malware? tee-hee. Viruses? LOL. Downloading from questionable Internet sites? Giggles. I hope Zach has endless patience and remembers to scan her computer about 4 times a day. If, that is, he’s not too busy scanning her hot bod.

Why is Zach Hawaiian? For his tat? I dunno and there isn’t a whole lot more attention paid to his ethnicity but it does give us an IR couple so, “yeh.” Good thing that the homeowners thoughtfully provided an ample supply of condoms. Because when Zach and Naomi start their hot vanilla sex, they’re like sex starved bunnies.

This is a nice enough novella that skims the surface of the issues Naomi battles with. The romance is slightly better handled and more believable since the characters have a long work history together. Still I’m not sure I’m totally ready to buy into Zach taking Naomi to met the folks once the blizzard dies down. C