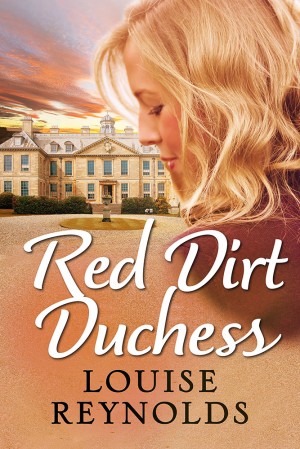 I decided to read Red Dirt Duchess because it was set in part in outback Australia and because the heroine sounded interesting. The Australian setting was nice and Charlie was indeed an enjoyable heroine, but it wasn’t enough to overcome some weaknesses in the plot and characterization. Before I move on, I’d also like to note that there are no duchesses in the book and that Charlie has dark hair, so I’m at a loss as to how the title and cover were chosen.

Jonathan Hartley-Huntley is a travel writer – exclusive resorts and other expensive attractions – for Aristo magazine. He’s educated, polished and successful. His editor Caro sends him to middle-of-nowhere Bindundilly, an assignment that he believes to be her idea of a punishment when their supposedly no-strings affair does not lead to something more serious. If this were a historical romance, Jon would be the rakish aristocratic hero with a severe case of ennui who doesn’t get along with this family and doesn’t know what to do with his life. In a contemporary, he’s mainly lacking in direction and initiative: he’s mainly focused on holding off his mother, who wants him to marry and produce heirs (he’s the second son of an earl), and avoiding Caro, who is the sort of woman his mother would choose. That said, he’s more appealing than the description suggests.

At Bindundilly, Jonathan meets Charlie Hughes, who runs the local hotel/pub. Charlie is the daughter of an artist father and a mother who struggled on and off with drug addiction; she had an unconventional childhood, and she misses her parents, both now gone. She moved to Bindundilly with her father a few years before his death, and likes living there. Charlie and Jonathan hit off pretty quickly. She finds it entertaining to oversell the dangers of the Australian outback to Jon, and he enjoys playing along to see how far she’ll go with it. They end up kissing and consider doing more, but both know that there’s no real possibility of a relationship given their very different lives and they decide to leave it at that.

Charlie’s father painted a mural on one of the pub’s walls that reminds Jon of a painting at his family’s home, Hartley Hall; this painting is personally meaningful to him and is tied to a childhood trauma that remains unspecified for much of the book. Charlie knows very little about her father’s background, other than that he was British-born, and before Jon leaves, he suggests that she should travel to England to see the painting and try learn more about her father.

It’s not clear why they think that this is the best way for Charlie to look into her father’s past, but a few weeks later, she impulsively takes Jon up on his offer. Maybe Google wasn’t working that day. Once the action shifts to England, the book loses much of its charm. I was again reminded of historical romances, because anyone who’s read certain classics should be able to predict the rest of the plot: Jon’s family, especially his mother, doesn’t approve of Charlie; she makes friends with the sassy and ultra-competent butler; the older Lady Rushton, a friend of the family, immediately takes to her; Charlie saves the day when there’s an emergency at a glitzy wedding being hosted at Hartley Hall (the family rents it out for events as a source of income); surprise relatives pop up, and so on. Jon’s family is the most stereotypical cold upper-class family imaginable and Caro is a standard-issue bitchy ex (though not an outright evil one, at least). It was all just too cookie cutter to really be engaging.

The thing is, this could have been a really nice romance. Charlie and Jon have chemistry, especially in the early parts, and they clearly enjoy each other’s company and like one another. Charlie is confident in herself and mostly happy with her life, and while she feels out of place in England, she doesn’t view herself as unworthy or less than the people she meets. When she steps up to help at the wedding – of a reality TV star known mostly for taking her clothes off – she’s happy to help make the couple’s day special and is the one person who never condescends to them. She recognizes her parents’ faults but loves them nonetheless, and wants to be with Jon, but not if he can’t stand up for himself and make his own choices rather than his mother’s. Charlie, and to a lesser extent Jon, deserved a better and less generic story. C-/C

→ Rose
Previous article: REVIEW: An Inconvenient Kiss by Caroline Kimberly
Next Post: Thursday News: Bookstore sales down, Should Twitter users police themselves, reproductive justice and anti-black violence, and screen adaptation of A Wrinkle in Time