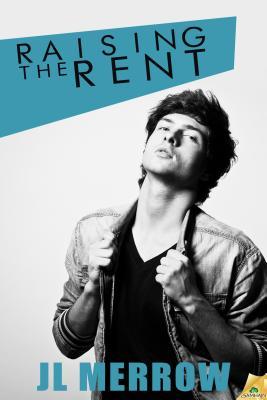 It doesn’t bode well for a review when you get to the end of a story and exclaim, “that’s it?” This was originally published as a short story in an anthology called Sindustry, and I can’t help thinking that it might as well have stayed there. It’s likable enough, but even though supposedly expanded from the original story, there just wasn’t enough there to make a strong novella.

Nathan is looking forward to starting classes at the local college, working his way up to a university, and then waving his degree in the face of his stepfather, “who’d always told him he was as thick as pig shit and only good for one thing.” But in the meantime, he’s making the rent — almost — on the streets. Thank goodness for the regular he’d nicknamed Tall, Dark and Ugly — a nickname that makes him uncomfortable now, since he’s been starting to notice TD&U’s gorgeous blue eyes and compactly muscled thighs.

What happens on Nathan’s first day of classes is a considerable shock:

This… this wasn’t supposed to happen. College was his second chance. His fresh start. What he did on the streets to survive, that wasn’t supposed to even get in the door. Let alone stand up in front of the class in a posh sweater and start teaching him poetry.

But having his regular client turn out to be his English teacher is only the start of Nathan’s bad luck. When he’s badly beaten and winds up homeless, the man he now knows as Stephen offers him succor. It’s completely free of sexual obligation… which Nathan discovers he has mixed feelings about.

There’s an art to writing romance from only one point of view, and it’s nicely done here. Though one or two of Stephen’s reactions were inexplicable to me, for the most part it’s easy to see that he’s developing some complicated feelings for his “rent boy,” just as Nathan is developing some for him. Both characters are sympathetic, and the sheer awkwardness of their situation brings a sweetness to their relationship.

Part of why I didn’t love this is that I’m not fond of the downtrodden-rescuer dynamic, and that’s pretty much the whole story. Even with Stephen doing his level best not to pressure Nathan in any way, the power between them is heavily weighted on his side: Stephen is maybe twice Nathan’s age, he’s an intellectual and Nathan’s teacher, he’s a former client, he’s from a higher social class, and he’s comfortably off while Nathan has nothing. When Stephen asks for a sex act that Nathan doesn’t enjoy, Nathan naturally goes into accommodating mode:

To be clear, I don’t think Nathan is agreeing because he feels obligated, but because he cares about Stephen and wants to please him.  (And of course, this being a romance, he’s totally into it by the time it happens.) Still, that large a power imbalance complicates a relationship, and it’s not truly addressed — other than in writing Stephen as such a noble character — although Nathan does improve his circumstances somewhat. For me, it was an uncomfortable Cinderella story.

I did appreciate a twist on what’s becoming a very annoying conversation in romance:

‘Um, I’ve never done drugs — and I’ve never shagged without a condom, or, you know, done anything else without one, so if you didn’t want to use one…’

Stephen leant over and kissed him. ‘I’m relieved to hear it. But I think now is not the time to get into bad habits.’

Way not to be an idiot, Stephen!

I read the book twice to be sure I was being fair to it, and I’m sticking with my grade of C.