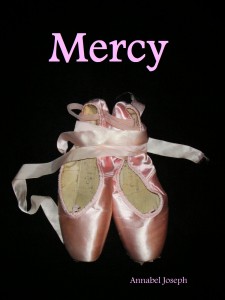 This is a story that revolves around the submission of Lucy Merritt and the dominance of Matthew Norris.  It is told primarily from the first person point of view of Lucy although Matthew’s point of view is shared with us in the latter part of the story.

Lucy Merritt is a ballet dancer at a successful avant garde dance company.  She also poses for a fairly successful artist.  Her sex life isn’t what she wants it to be and she gains fulfillment for emotional intimacy from her dancing partner, who, unfortunately for her is gay.  Lucy is seeking something but she isn’t aware of what it is until Matthew Norris enters her life.  He tells her that he wants to own her body and nothing more.  He doesn’t want a relationship; doesn’t want to date her but he wants to possess her being.  Matthew believes that he can fulfill something Lucy is seeking.  He’s watched her dance. He’s seen her paintings.

Lucy rejects Matthew at first, but her quest for more feeling in her life, more awareness, leads her to begin a sexual relationship with Matthew.  Only, from the very beginning it seems apparent that Lucy is an emotional creature, one that will not be able to separate sex from emotion.  Matthew doesn’t see this or refuses to see it.  It was the first sign of Matthew’s blindness or myopathy, an unfortunate subtext which I didn’t think was intentional.  The idea that we are supposed to buy into is that Matthew is insightful, intuitive.  His understanding of Lucy’s emotional and physical need for pain and dominance seemed to contradict his blindness toward other areas in Lucy’s heart.

The two make a deal that they will always be truthful to each other and that Lucy’s safeword will be Mercy.  But Lucy, because she is a submissive and wants to always please Matthew, never uses her word, even in places that the reader might be crying out for her to say Mercy.

If there is one thing that I took away from this book it is that a dom who is messed up in the head can really be dangerous, both emotionally and physically.  I tried to view this book from a fantasy point of view because once I started to translate the subtext into reality, Matthew seems like a sadistic tormenter whose own emotional problems are being mixed up with his desire or need for sexual domination.  There is a scene late in the book where Matthew places Lucy in a position that is quite degrading.  This is not a scene written to titillate, but Matthew’s reasoning for why he kept pushing Lucy, why he wasn’t more protective of her, didn’t wash for me.  Instead of trying to explore Lucy’s emotional psyche, to seek out the truth as Matthew is always saying is the most important reason for living, he pushes her harder.  He recognizes she is holding back and thus his activities become increasingly more extreme and even dangerous, as he pushes her toward confession, I guess.

THE FOLLOWING PARAGRPAHS ARE HUGE SPOILERS FOR THIS STORY:

[spoiler]At one point, he has his driver beat her until she starts to bleed and then the driver fucks her up the ass. Then he apologizes later saying that he had promised he would never draw blood. This isn’t the turning point though. Instead, he brings her to another event where she meets a true “Slave” and her two masters. This part really bothered me. During the scene, which isn’t really written to titillate, they misuse her terribly and want to piss and defecate in her mouth because that is what they do to the Slave.

He explains to her later that the Slave is topping the men from the bottom because she is a pain slut and nothing that they do to her can bring true pain and that the two masters will seek her out because she is a true submissive and all her emotions are true and honest but that she must never go to them.  He was also mad at her for not using the safe word during her time in the group dungeon.  It’s her fault, you see, that they so sorely mistreated her.

I wasn’t sure if this scene was meant to show us that, in contrast, Matthew was a caring wonderful dom?  And if he was so dominant, why wasn’t he controlling the group situation? Instead, it seemed like the other two were topping Matthew by treating Lucy so poorly.

But that isn’t even the worst part of what Matthew does to Lucy. Indeed, Lucy gets hooked in drugs later in the story in order to keep dancing and in order to break her from dancing, Matthew rapes Lucy without a condom while she is unconscious and impregnates her. [/spoiler]

Many times I felt that Matthew was very cold to Lucy, almost unfeeling, as if having sex with her was a chore that he undertook almost as a punishment to Lucy. Maybe this is what I was supposed to come away with. Matthew had been hurt before and he was trying to get out of this sexual relationship with Lucy what he needed without committing emotionally. Maybe the subtext is that can never be done.

I guess I can look at this objectively and say that it was well written because there were certain things you were trying to explore and you made me think about them.  Did Lucy’s need for pain arise out of a bad sexual incident?  Matthew and Lucy weren’t honest with each other and that made their relationship painful and dangerous.  Is that a subtext for a larger truth.  Was Lucy ever vulnerable to Matthew even though she was bound and he held the whip when she was always holding back?

I found this story to be so problematic because it read as if the two characters hated themselves with one being super submissive, so her self hate / self doubt actualizes itself by allowing herself to get the crap beat out of her and the other being super dominant so his self hate actualizes itself by him being increasingly cruel to her.  I think if I really believed that Lucy found true emotional release in the deeds that Matthew enacted upon her body, I would have found it more palatable.  Instead, I felt like Lucy received physical release but not emotional release.  Was she truly happier and more self fulfilled after?  The epilogue made me question Matthew’s actions even more because it showed him, albeit briefly, as the tender and caring dom.

A friend of mine read this and we talked about it in a long email exchange.  She pointed out that it seemed like you would bring Matthew to a point of assholery no return but then draw back and make him into a pussycat in the next scene, as if you were afraid that we wouldn’t adopt Matthew as the hero.  But this inconsistency led to  more questions about Matthew and less confidence in him as a dom.   I never felt that Lucy was ever truly safe with Matthew and in these kinds of games, I think the reader consent isn’t about whether one character should have sex with another, but whether one character feels safe with the other.

This isn’t a book that I will read again and I don’t know that I would want to read others like it.  I am not regretful I read this, though because it is a book I will think about a lot in the future so my C grade isn’t ambivalence so much as a weighing of the scales of my reaction and the writing in the book.