Part of this book was great. The other parts made me cringe and I used SHOUTY notes at points on the PDF review copy I received. BUT, I was engaged for most of the book which is more than I can say about some of the stories I’ve been reading. 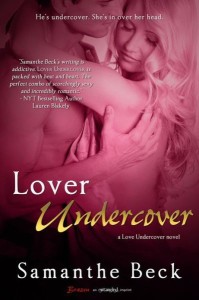 When her stripper sister gets injured, Kylie Roberts is forced to go on stage to save Stacy’s place at the Deuces. Kylie is kind of a judgmental sister. She doesn’t approve of her sister’s stripping even though it is what pays for the high rent apartment they rent (“even though her income as a yoga instructor barely covered a third of the rent.”). To be fair to Kylie, no one approves of the stripping including both Kylie and Stacy’s love interest. What frustrated me about this was that Kylie and Stacy came from the same oppressed small town, one that was super judgmental about both of them and their family.

And on that particular point, Kylie and Stacy agreed one hundred percent. The only thing more unacceptable than being homeless in LA? Returning to their tiny, backward hometown of Two Trout,
Tennessee, as the penniless failures all the naysayers predicted they’d be.

So Kylie is not only disapproving of Stacy’s profession, but Kylie benefits from this by living in a nicer apartment and from not being forced to return as a penniless failure. Further, her sister’s stripping is basically subsidizing Kylie’s pursuit as a yoga instructor. We get further judgment down the road when Stacy is the slut sister and Kylie is a virgin. 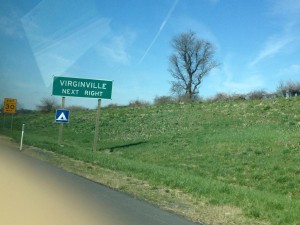 And yes, I plan to use this image every time I encounter a virgin in a contemporary. Worse, Stacy is not only a stripper and a slut, be she also is mean to her co workers where as Kylie is nice. I get it. Strippers are the devil’s spawn.

Trevor McCade is a detective working undercover at Deuces to try to ferret out the murderer of two patrons who have been beaten to death. Trevor has to manfully endure strip shows and lap dances in the course of his undercover investigation, all on the LAPD dime. He knows he is not supposed to be attracted to any of the strippers but he can’t help it. The scenes wherein Kylie dances for Trevor are very hot and the best part of the book. In those scenes we are treated to Kylie and Trevor feeling a multitude of emotions from power on Kylie’s part to frustration and guilt on Trevor’s part. They are also funny and hot at the same time:

“Very limber.”
“Glad you’re enjoying the show, Trevor.”
“Absolutely. In fact, you need to lift up a little or… ah…”
Too late. She felt some of the “incidental contact” Stacy had warned of, and jerked away, almost losing
her balance in the process.

Unfortunately we can’t have an entire book of private lap dances. (I say that totally unironically) The investigation intrudes and we have Kylie pretending to be Stacy and answering questions of the LAPD. We have Kylie and Trevor making out in the LAPD witness interview room. We have Kylie acting so stupidly toward the end which results in bad results all around.

There is a secondary romance between Stacy and Ian, Trevor’s partner. The story is told only from Kylie and Trevor’s point of view so we are treated to Kylie listening to the two have sex or Stacy recounting events. The secondary romance didn’t seem to smoothly fit into the narrative nor did Stacy and Kylie’s abrupt reconciliation toward the end where they acknowledged their envy of the other.

Finally, I think you need to review the diagram explaining where the hymen is.

“Don’t worry. I’ve got you.” And he did. One hand resting on her thigh, the other wrapped around the
base of his erection, he ran the tip over her throbbing sex, and then pushed gently into her.

At the same time, he angled deep and drove into her.
For one suspended moment, their eyes met. His lips moved and she heard his rough, shocked, “Jesus,
Stacy.”

So what to grade this book? I gave it a C. There were some really good parts and some really bad parts.