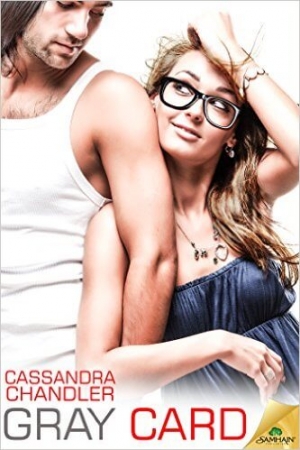 Her heart is in the stars…and he’s the man who can take her there.

Evelyn Chambers is a nerdgirl and damned proud of it. Always the odd girl out, she’s found a home in academia, channeling her fantastical imagination and love for the stars into getting a PhD in astronomy. And at last it seems those stars have aligned to send her a match.

Vacationing foreigner Adam Smith gets her, from her field of study to her offbeat sense of humor. He’s also drop-dead gorgeous—and woefully ignorant of the world of science fiction, which she’s only too happy to remedy.

Adam knows more about the stars than he dares reveal. As commander of a starship for the Coalition of Planets, he’s been there.

With his shore leave over, it’s time to return to the coldness of space—unless he takes Evelyn up on her offer of marriage. But he doesn’t want a green card. He wants Evelyn, and he’ll do whatever it takes to stay at her side. But if she discovers his secrets, he has to hope she’ll believe aliens—and his love for her—are real.

I think I’ve read more space alien stories this year than ever before. The cover is so cute for this one. It caught my attention at Amazon after I was there looking for something else and I just knew I needed to try it.

As the story begins, Evelyn and Adam have already been building a relationship. When Adam drops the bombshell that he’s only got 3 days left there before he has to go home, Evelyn decides it’s time to step things up and if need be, get married so Adam can get permission to stay. Little does she know that it would be beyond US Immigration paperwork that would be needed.

Adam is an alien and to his people, the Earth is just a quaint, nature preserve of primitives (but hey, our air is still recycled by plants!) while he is an from an over cerebral civilization (I’m thinking kind of like the Metrons) that can put in orders for children with specific traits and abilities. Evelyn might think he’s gorgeous but to them, he’s a DNA glitch. Adam is the ultimate immigrant but to stay on Earth, he’d have to give up all advanced tech. Something he’s more than willing to do to be with Evelyn.

So we zip straight into sex but with the little blips of thoughts each has about the other and their relationship, it’s clear that it’s more than just physical. It’s much more for both of them. Still Evelyn is worried about her less than perfect body but for him, she’s wonderful and real unlike the genetically perfect women he’s known. Meanwhile he’s uncertain about sex without the chemicals his people use but being with her blows his mind with the undulled reality.

But immigration is never easy and for Adam, he’s got a lot of prep to be done. Everybody’s got red tape, it seems. Adam and Evelyn are both onboard – pun, get it? – with him staying so where’s the problem? The insane planetary liaison for Earth, that’s where. Thank goodness he’s into taunting and grandstanding which allows Evelyn the chance to save the day.

The end and resolution of the story, along with tidying up the immigration stuff, gets a little out of control. There’s all this drama about “how will Adam stay on Earth?” which then seems to be brushed aside and mean nothing. But, still, Adam and Evelyn will be together, in love, with a gray card. C