I did receive a copy of your book from a publicist to review but I ended up buying the book from Amazon as I believe it was discounted at one point and I prefer to read digital over paper. I had heard good things about your book and was excited to read it. While I understood the appeal, I found the story to be standard paranormal romance fare bringing little new to the sub genre. 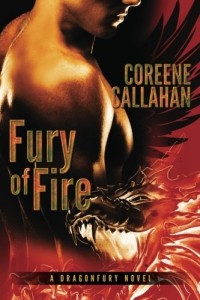 The war had gone on for so long that Bastian had lost count of the casualties. Centuries of fallen comrades, of hunting and being hunted. It would never stop. A clean victory was an impossibility for either side now. With only a handful of warrior dragons left, little choice remained but to replenish their numbers…and that meant breeding the next generation.

The problem is that every woman who births a dragon son (and it is always a male child) dies and while Bastian feels a bad about this, it cannot be helped. He’ll make sure that the mating, however, is wonderful and he’ll also take care of the mate until she has the baby dragon. That Bastian. He’s a thoughtful guy. The fact is that the “good guys” simply want Bastian to pick a girl out of the crowd and be done with it despite the fact that they are essentially dooming a girl to death. But all is okay because a) they feel bad about it and b) they’ll take good care of her until the alien baby kills her during the birthing process. But it’s not murder, according to Bastian:

He didn’t even know what she looked like and yet, he mourned her. Already felt sorry for the life he would take. It wasn’t murder. Not really. He would never willingly hurt a woman, but that didn’t change what he must do. To save his kind he must breed, and females never survived birthing Dragonkind.

But it’s not murder to  choose to impregnate a girl knowing the end result will kill her.

The dragons have human servants, much like the Black Dagger Brotherhood, that are “bred to serve”. “It was his job to keep the lair organized and well stocked, to caretake like you read about. The TLC routine had been bred into Daimler.” What’s really unfortunate is that Daimler is a Numbia, a cherub with dark curls and gold teeth. I was uncomfortable with the term Numbai being used with people who are “bred” to serve.

Bastian has limited time in which to seduce a woman because in five days, the Meridian will be in alignment which is the time in which the power is the highest and Bastian should be breeding. Fortunately, Bastian runs into Myst, a nurse, at a scene in the mountains where a young woman was birthing a dragon baby. Myst does not know what is wrong with her patient but she recognizes that the baby will have to be excised lest they both die. Bastian finds the two of them and Myst’s electrostatic energy marks her as a powerful woman. In fact, Myst is referred to as a “female of great worth” which seemed to be yet another nod or derivation of the BDB.

Bastian immediately marks Myst as his own and sets out to convince her that they must be together. He actually falls in love with her at the first whiff of her powerful energy and cannot want to copulate. Strong babies are derived from two powerful parents. Of course, there is that little problem of Myst dying once she has given birth and the nightly fighting that Bastian must engage in with the bad guys.

Consistency in details was a little problematic. For instance, at location 3331, Myst complains about the kitchen being filled with only organic foods “The entire kitchen was full of organic, whole food that no one in her right mind would want to eat. And she was a nurse, for pity’s sake…totally game for the health food scene.” But they also have chips, makings for waffles, and other delicious foods. At location 4626, “But then, the Numbai was all about pleasing those he served. Well that, and food. The male never missed a beat in the kitchen. Was always experimenting, serving new dishes, everything gourmet-style. Which was a good thing. Daimler kept the males of the lair satisfied in the eats department… ”

Myst wasn’t an easy pushover. She was scared of the dragons, wanted to escape from Bastian’s stronghold, and exhibited some fairly good sense. The dynamic of the poor downtrodden warrior males living in their secret conclave to which they will bring a woman, one by one, is a magnetic storyline.  Bastian and his band of half dragons are trying to do good in their world.   The  idea of men taking women to their beds, impregnating them with the knowledge that doing such acts would kill the female is fairly unappealing. No matter how great their remorse, it really is murder.  In some ways, this only a story that can be told within the romance boundaries. We readers know that murder won’t happen in these circumstances because Myst dying would prevent the HEA.  Readers who are primarily PNR fans might enjoy this series despite the fact that it brings nothing new to the table.  The pace is good, the fight scenes are entertaining, and Myst and Bastian have a strong connection.  C