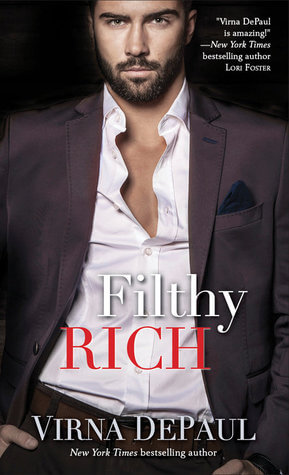 Don’t you hate it when you’re at a work thing and you sneak upstairs for some quiet time (or maybe to look if the hosts have a dog so you can hang out with them. Maybe that’s just me.) and you end up falling asleep on a couch, only to be woken up by a tall, dark and handsome stranger looming over you? And then of course you make out with TD&H because, well, because. And then it turns out the person who disturbed you while you were fighting for your right to nap is actually your new boss? Yikes. Well, that’s what happens to Cara Michal, high-powered Wall Street something or other. When she finds out TD&H is actually Branden Duke, her new boss, she’s none too pleased. But at least it happened in private, right? No witnesses.

Wrong. Next thing Cara knows, a photo of her looking distinctly post-coital (despite the absences of coitus) shows up on Gawker (more on which anon) and she descends the freak-out spiral. But this isn’t just about a few snarky blogs looking for dirt on a Wall Street playboy (Branden Duke is also known by his Latin name: Playboyicus manwhoreicilus). There’s something more sinister at play here. This becomes apparent when the sleazy photos morph into computer-manipulated sexy videos featuring our golden couple. Ruh-roh, Scoobs.

I’m gonna be honest. This book took me at least seven years to read (I may be exaggerating, but let’s not focus on that). It wasn’t bad. Or boring. It was actually okay – smart, sexy, tight (this has become the perviest review ever written), but there was something missing. Cara and Branden’s sexual chemistry was operating on 60% power, and there were far too many subplots (many of them inconsequential) than were necessary. It got bogged down in detail when there was no need for it, and the main relationship ended up stagnating halfway through. One particular niggle was the prominence given to Gawker. Why Gawker? Especially when the post that appears on the blog (per the book) is written in a voice that’s more Just Jared than Nick Denton.

This probably sounds like an odd thing to pick up on. Maybe the book was going for realism (although another featured blog – HotnSaucey – is fictitious), but it ended up pulling me out of the story and (worse) questioning the authenticity thereof. A shame for a book that was clearly well researched when it came to financial, Wall Street-y stuff (check out my articulateness, you guys). A tight and interesting book, for sure, but lacking that certain something. C