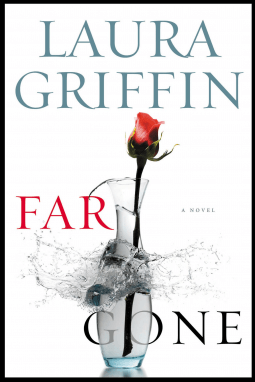 When your books work for me, they’re a great blend of romance and suspense. When they’re not, they tend to be okay but forgettable reads. Unfortunately, Far Gone falls in the latter category.

Andrea Finch is an Austin police detective currently on leave after a shooting incident that left a young man dead. When her younger brother Gavin asks for a two thousand dollar loan and ends up at Lost Creek Ranch in West Texas, Andrea sets out to investigate and to get her brother out of what looks like a very dangerous situation. Jon North is part of a small team of undercover FBI agents investigating Shay Hardin, the owner of the ranch. Jon suspects that Hardin may have been behind the murder of a federal judge several years earlier and is now involved in even worse. While their agendas don’t quite overlap, Andrea and Jon work together to investigate what Hardin is up to and how exactly Gavin is involved.

It’s often considered a good idea to drop the reader directly into the action, but in this case I felt that it just went too far. The book starts with a terrorist bombing (from the perpetrator’s point of view), Andrea’s shooting incident, the situation with her brother and Jon’s investigation, without offering any good reason for me to care about any of the people involved. I can’t say that I came to know or care much more about anyone as the narrative progressed. While I did enjoy some of the action parts, I couldn’t get any real sense of who the characters were and why the lead couple should be together.

Jon is an FBI agent, he’s good-looking, and he’s a workaholic at the expense of personal relationships. That’s about it in terms of characterization, and it’s not enough. Andrea is somewhat better drawn and less conventional. She had a difficult childhood which left her very close to her brother  but with difficulty forming relationships otherwise. She’s a dedicated cop and very good at what she does, and she can be resourceful and assertive when it’s called for. Andrea’s background and characterization are more in line with heroes rather than heroines in the genre, which was interesting. With multiple points of view and the suspense storyline to juggle, however, I felt that the development of her romance with Jon suffered – too much tell and not enough show. Far Gone would have also benefited from fewer points of view and better characterization, not just of Jon but also most of the secondary characters: Shay Hardin is a stock villain, there’s a senator who’s pretty much a stereotype, and Jon’s colleague Jimmy Torres doesn’t get much to do. I’d have liked more insight as to why and how Andrea’s brother Gavin made some of his initial choices and his later decisions; it’s not really clear how he was so easily drawn in by Hardin.

Far Gone is linked to your Tracers series and some characters from previous books make an appearance, though mostly in minor roles (the exception being FBI agent Elizabeth LeBlanc, who should really get her own book). Your novels tend to work better for me when the main characters are introduced and developed before being given a starring role. In that sense, it works better as a series and not as much when looking for standalone novels.

While I’ve mostly been critical in writing this, I can’t say that I truly disliked Far Gone, and I’ve certainly come across far worse in my romantic suspense reading. But there just wasn’t enough to make it stand out in any way, and I’ll probably remember little of it a week from now. That’s pretty much the definition of a C read for me: not bad, but not memorable in any way.