I love your backlist.

I could write an Ode to your backlist. I could bake and consume whole platters of baklava, all of which I would dedicate to the joys of your backlist. I believe your backlist should be framed and mounted on the walls of RWA’s main offices. 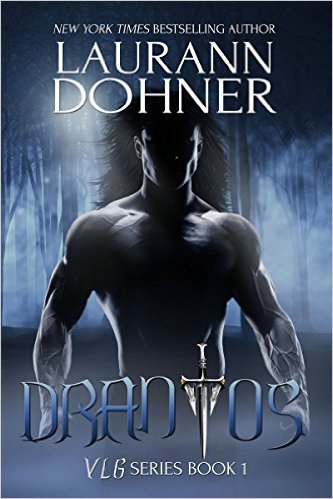 Some people might disagree with my humble assessment, but I would tell these naysayers: Don’t knock it ‘till you try it. Laurann Dohner books are cracktastic on some whole other level of cracktastic!

The Zorn Warriors?
Read them.

The Cyborg Seduction Series?
Yep, read those too.

New Species?
Oh please, I have those memorized.

Hell, I once spent ten dollars to purchase an anthology you were in—and read none of the other stories except yours. In essence, I paid ten dollars just to read a short story you wrote!

And I keep a print copy of Berr’s Vow on my nightstand. I pick it up occasionally and pet it.

So yes, I’d describe myself as a flaming Laurann Dohner fangirl—although this obsession hit a major stumbling block when I instituted my tragic but necessary personal boycott against your former publisher, Ellora’s Cave. Six months into my boycott, I was tormented by this netherworld wherein I DID NOT IMMEDIATELY PURCHASE YOUR NEXT RELEASE. I resorted to reading ebook copies friends lent me and once I might’ve broken down and still purchased a new release because you were the chink in my EC boycott armor, but mainly, I stayed away. But then one magical day, the heavens parted, a light shone down and you announced on Facebook that your next series would be self-published. Hallelujah!

Obviously, I couldn’t one click that book fast enough. You explained this would be the start of a new paranormal series titled VLG (Which stands for Vampires, Lycans, and Gargoyles) set in Alaska. Now, to be truthful I don’t read paranormals anymore. I feel I’ve read the subgenre to death, learning by rote every shifter plot variation that ever existed. I just can’t do it anymore. But, I make exceptions for established authors and fresh spins on tropes, so, I thought I’d give this a chance.

For most, a plane crash means the end of life. For Dusti Dawson, it’s just the beginning…

Dusti and her sister Batina survived the crash, thanks to a couple of brothers who are equal parts menacing and muscled. She’d be grateful…if they hadn’t turned out to be delusional kidnappers, who believe Dusti’s grandfather is some monstrous half breed creature bent on murder. Turns out Vampires, Lycans, and Gargoyles do exist—and they’ve been crossbreeding to form two hybrid races. Drantos, the man Dusti can’t stop lusting after, is one of the most dangerous of all.

VampLycans Drantos and Kraven were sent to eliminate a threat to their clan. But when that threat turns out to be mostly human women, clueless of their lineage, plans change—especially after Drantos gets a taste of Dusti’s blood. Now, he’ll die to protect her. Even if that means walking away from everything he knows to keep her at his side.

Is her strong desire for Drantos reason enough to endure danger coming from all sides? Or should Dusti cut and run the first chance she gets?

The book starts out with a bang—a plane crash reminiscent of the pilot episode of the tv series Lost. The heroine Dusti and her sister Batina are protected by two big, muscular strangers as their air craft crash-lands in the Alaskan wilderness. A Laurann Dohner book is always typified by pulse-pounding action and this scene is no exception. I really enjoyed the first half of the book which has loads of forced proximity and on the run romance—always my catnip. And time spent with the secondary couple, Batina and Kraven was enjoyable.

The second half of the book is concentrated on Dusti’s assimilation into the VampLycan world. This is where the story faltered. Your other series have the same format as this one: a heroine who is a fish out of water and the sexy hero who helps her join his atypical world—whether they be aliens, cyborgs, New Species, or now VampLycans. This version didn’t work as well for me. It felt heavy-handed and not as interesting. Also, I wasn’t as invested as I normally am in the hero and the secondary characters. The men and women in the VLG world seem to be missing that big-hearted openness and welcoming attitude found in the characters in your other stories. There are always bad apples who try to keep the hero and heroine apart, but in VLG, the bad apples greatly outnumber the “good guys”. It was disheartening.

Also, this book desperately needed to be tightened. I found myself often skimming and cutting to the chase. I wanted to go through and cut whole passages of redundant dialogue and pages of repetitious introspection. This really slowed the pacing down. Parts of the book read as one long backstory—like taking an online class, Politics of the VLG World.

To be truthful, the off-page secondary romance of Batina and Kraven was more interesting than the on-page one of Dusti and Dantos. I’m definitely reading the next book in the VLG series to continue Bat and Kraven’s story. I’m suspecting I’ll like that second book more than this one because I’m hoping it will deal less with the clan assimilation and politics and more with the couple’s relationship and romance. Also, with the “backstory” from the first book out of the way, it’s possible that the rest of the books in this series will concentrate on what’s best in a Laurann Dohner book—the action, romance and of course, the scorching hot sex.

I am giving this first book in the VLG series a C, but I am eagerly awaiting the next book to see what direction the story will take. For example the first book in the Cyborg Seduction series isn’t my favorite, I rarely reread it, but the next few books in that series are stand-outs. I’m hoping VLG will play out the same way.