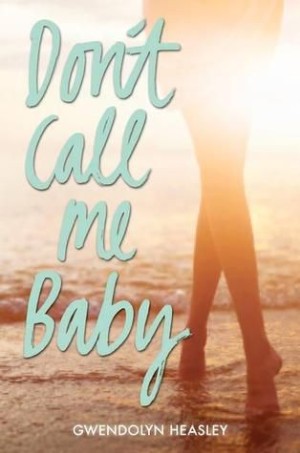 The premise of your novel intrigued me. What does happen when the subject of a mommy blog grows up? If it’s embarrassing when your mother whips out your baby pictures to show your friends, how much more so when those pictures are plastered all over the internet to a faceless audience of tens of thousands?

Imogene is that girl, the girl you watched grow up on that popular blog. Imogene’s mother runs Mommylicious, a popular mommy blog. Her mother started the blog when she got pregnant with Imogene — she even held a poll to determine Imogene’s name (I know, right?) — and has chronicled being a mother and raising Imogene ever since.

While Imogene liked the attention when she was five, it’s a different story now that she’s in ninth grade. After all, what teenage girl wants their first period to be blogged about? Or the fact that they don’t have a date to the upcoming dance? It’d be one thing if Mommylicious were an obscure blog. It’s not. Imogene’s classmates read her mom’s blog. That’s so much worse.

Then Imogene’s English teacher assigns them a major project: keep a blog. Now is her chance to tell her mother all those things she’s never been able to. Surely it’ll be easier via a blog than to her face, right? But will her mother listen or will it just be an all-out war?

I realize this is somewhat meta. Reviewing a book about blogs on a blog! But I think it’s an interesting question. I’ve seen mommy blogs along the lines of the fictional Mommylicious. Sure, the photos of those adorable little kids are cute. But what happens as those children get older? In a highly connected world, does growing up have to be chronicled to the last detail on blogs and social media? Seems tough.

Maybe it’s because I come from this corner of the blogging world but I felt strong secondhand embarrassment when reading about the things Imogene’s mother blogged about. Picking your daughter’s name because it’s what your readers want? Blogging about your daughter’s first period? Chronicling your daughter’s crushes? Lack of boundaries! Where’s the privacy? I would be incredibly concerned if strangers came up to my daughter in the mall food court and started talking to her because they recognize her on sight and think they know her. I can’t blame Imogene for flipping out.

On the other hand, I don’t understand why Imogene didn’t fight back more. So maybe she can’t say these things directly to her mother but even using the platform of a blog, she was still a little wishy washy about it. Some people get braver on the internet. Imogene stayed the same. Not that this is a bad thing, of course. It just didn’t work for me narratively. Her initial posts, while angry, were more passive aggressive than anything else. I don’t understand why she couldn’t have posted a simple message along the lines of “My mother posts every little detail about my life and i consider it an invasion of privacy. I feel like she listens more to her blog followers and sponsors than me.”

I love that the book focused on the relationships between mothers and daughters but in some ways, I thought the handling was shallow and scattered. Part of this is because Imogene’s best friend is also the daughter of a blogger (a health/vegan blogger versus a mommy blogger). The best friend also feels like her mother cares more about her blog than her daughter, so the two make a pact about using the English class blogs to make her moms understand. But when Imogene begins to wonder if maybe this is the wrong approach, the two have a falling out.

Add to this a crush whose parents are absent and who thinks Mommylicious is the epitome of a mother’s love for her child, and I just couldn’t figure out what point this book was trying to make. Mommy bloggers are terrible people who exploit their children? Get off the internet, stop blogging and take a walk on the beach? Blogs are great for some people and not so much for others? I want to think it was the last one but there were several points in the book where I just wasn’t sure.

I really liked the premise of the novel. I do think it’s something to think about. But the treatment was shallow and thin. Maybe it’s the age? I usually don’t read YA in which the protagonist is in 9th grade. In the book, this isn’t even high school yet. Maybe young, sweet YA just isn’t for me. C

→ Jia
Previous article: Dear Author is not any publisher’s bitch
Next Post: Daily Deals: Bikers, NA, and a Queen