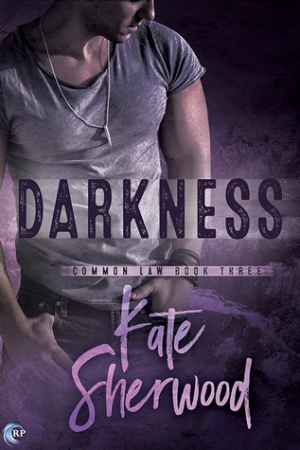 A murdered prostitute. An obvious suspect. Clear evidence. For once, Jericho Crewe has a straightforward crime to investigate, and Wade Granger isn’t involved.

It all seems so simple, but Jericho’s instincts won’t let him rest. As he investigates, he finds troubling suggestions that the murder is a part of something larger and more sinister. But working within the boundaries of the law may keep him from finding the truth. If Jericho doesn’t break the rules, an innocent man may rot in jail while a killer remains free to strike again.

Inevitably, it all comes back to Wade. Because who else knows as much about breaking rules? And who else knows Jericho the way Wade does—not wisely, but far, far too well?

My first reaction after reading this third installment of the four-book series was that I really stopped liking Jericho as a romantic lead. Actually, my reaction looked a lot like a long rant …

Readers who have read my review of the first two parts of this series know that while I was waiting with bated breath to learn answers to the questions I had about Wade’s motivations and who killed Jericho’s father, I was torn about what seemed like the inevitable reunion of Jericho and Wade as lovers.

As I’ve said before, I almost never like this trope. I think that a cop getting together with a criminal, especially if the criminal is a suspect of the cop’s investigation/s (and goodness knows Wade managed to become a suspect in many) makes the cop look stupid at best and corrupt at worst.

However, the writer here managed to achieve the impossible. Obviously it was hard to imagine any other outcome for the series except Jericho and Wade getting back together – and I found myself ready to start making excuses for them. Hey, it is not as if Jericho fell for a suspect he’d never known; Wade was his first love and Wade would do anything for him, anything. And good people do stupid things.

I was ready to start convincing myself and then this book came along, and it was really surprising because now I felt Jericho and Wade getting together was the least of my problems with Jericho as a character.

As the blurb tells you, in this story Jericho is investigating a case which is seemingly unrelated to Wade Granger. A prostitute is killed and at first it seems that Will, a guy both Jericho and Wade went to school, with did it, but Jericho quickly starts doubting that Will is guilty. There is also the fact that Will is living with a brain injury after the horrible accident he was in, and one of the consequences of his specific injury is that he cannot talk and therefore cannot really defend himself against the accusations. But at first there are no other suspects, and while Jericho may doubt his guilt, arrest Will he does.

Very soon he realizes that Will was framed and the guy who framed him may be a serial killer who got away with it, and just as now framed a guy with an intellectual disability (this is wording used in the book) for the murder. Or maybe not, because Jericho and sheriff’s office have no evidence whatsoever to connect the murder to him. So Jericho decides that he needs to consult Wade on things related to this investigation.

Have I mentioned that consulting with a known criminal about a sheriff’s investigation counts to me as stupidity of massive proportions?  It seems that Jericho agrees, but he goes ahead and does it *anyway*.

“Jericho could physically hear the warning voice in his head. You can’t discuss an ongoing investigation with a known criminal, you idiot! The voice was right, obviously, but Jericho’s real voice said, “You give me your word, Wade? You tell me that this isn’t one of your games, it isn’t part of some new scheme to run drugs across the border using ex-athletes with brain injuries, it’s just—just you and me, having a conversation about my day?” Wade was still for a moment, then nodded. “I give you my word.” The word of a criminal, the word of the man who was the prime suspect in the death of Jericho’s own father—it was completely meaningless. Except it wasn’t, not with Wade standing there, staring Jericho right in the eye, unflinching.”

Eventually Jericho takes the reins of justice into his own hands, and he concludes this investigation in a way that made me want to punch him in the face and throw the book against the wall. I was honestly not sure if I wanted to continue with the story.  I mean, I wanted to know the ending, but I just hated Jericho so much at the moment that I was not sure what to do.

However a friend with whom I discussed the story (ranted about the story actually) pointed out to me that a law enforcement officer administering his own brand of justice is a very common trope in westerns. And then a light bulb went in my head that perhaps I was reading this story completely wrong. I expected the law enforcement officers to behave as modern law enforcement does (and here I am talking about honest servants of the law, not corrupt ones of whose existence in real life I am well aware). I did not expect the need to suspend my disbelief that much.

But it appears that this story is looking more and more like a modern western and this is what I should expect from law enforcement in this book – we will do justice according to our moral views (never mind the slippery slope we already entered) and not according to existing laws, which often do not work anyway and it is a small town and the rules are different there.

I am still doing this mental adjustment as I write this review, but even though I have not read the final installment of the series yet, the blurb sounds so wacky and reminds me even more of a western.

“Nobody’s a bad guy, nobody’s a good guy. It’s all just broken. And you can’t fix it, not with all the laws you could ever come up with.” “So what are we supposed to do? Give up? Stop caring, stop trying to make anything better?” It wasn’t a rhetorical question; Jericho really wanted to hear Wade’s answer. But Wade’s shrug was noncommittal. “Keep trying if it helps you sleep at night. But don’t get too worked up when it doesn’t do you any good, you know?” His smile was fond and gentle. “You were always too much of an optimist. I feel like I spent half my high school years trying to keep the world from disappointing you. You and your Laws of Jericho—even then, you wanted to impose order on chaos. And even then, I knew it couldn’t be done. But I wanted to believe, all the same.” Jericho stared at him, and Wade stared right back.”

So I don’t know if I ever will be back to liking Jericho as much as I did before I read this book, but at least I am not as angry as I was right after I finished, because I get now that the world he lives in may be okay with the way he does his sheriff duties.

The second major disappointment I had with this part was with the revelation of who killed Jericho’s father. It was just so predictable and so very boring, and Jericho’s reaction, while it really annoyed me, was once again very much in line with taking justice into his own hands.