REVIEW: Choose Me, Have Me, Want Me by Jo Leigh

This is a connected three book series written by Jo Leigh and published by Blaze. They all center around trading cards made up of men. The idea was thought up by Shannon Fitzgerald, an owner of a printing press. Her idea was that every woman has a man in her life with whom, for some reason, the woman did not make a connection but might make a perfect hookup for another woman. The New York Hot Guys Trading Cards contains the guy’s picture, his occupation, whether he is a marry, date or one night stand, and his secret passion. 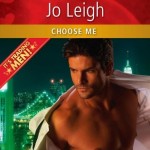 The first book, Choose Me, pairs Charlie Winston and Bree Kingston together in a sort of Pygmalion retelling. This one was my least favorite of the three and I pin my inability to connect based on the characters. Charlie Winslow is a celebrity blogger who owns a blogging empire. I immediately thought Nick Denton, the head of the Gawker Media empire. Denton, however, is gay (and frankly maybe I could have accepted this story a bit better if Charlie had been gay) but Charlie and Bree are all about the pursuit of the best party, the most fashionable looks, the best seats at Fashion Week. Charlie finds himself attracted to Bree because she’s everything that New Yorkers are not: excited, gamine, easily entertained. Bree is attracted to Charlie because he epitomizes New Yorkers: glamorous, sanguine, sophisticated. They probably make a perfect pair but their conflict lacked interest to me. Did Charlie love the creation he made in Bree and did Bree just love Charlie for what he could give her?  C 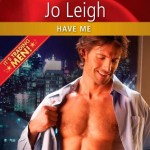 This was my favorite in the story but primarily because I liked the characters. I don’t think the writing was stronger in Have Me than it was in Choose Me. Simply put, these characters were more relatable to me. The heroine is Rebecca Thorpe, cousin of Charlie Winslow. She’s the head of the family’s charitable organization. She’s not looking for a long term relationship but she wouldn’t mind dating. She picks up Jake Donnelly’s card. Jake is a former cop who became disabled from the job after getting shot. He’s got a bum leg and rather than take desk duty, Jake retired. He’s not sure what to do with himself and thus not interested in a long term relationship. He feels like Rebecca is slumming but he’s willing to take a chance on dating her just for fun.  Jake’s feelings of uncertainty regarding his future played well into his feelings of insecurity about being with Rebecca. Rebecca doesn’t apologize for her wealth and delights in the company of Jake’s father and his father’s cop buddies.  It’s a sweet story. 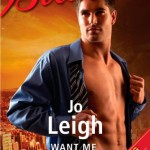 The last story ran a close second in being a favorite in the series and I actually think that it was the best written of the three. It might have had the most thoughtful emotional conflict of the three. shannon Fitzgerald and Nate Brenner have been friends since kids. Nate is practically a member of her family. She puts him on a card with a One Night Stand only warning because Nate is only in New York City for a brief period of time. He’s come to wrap up the details of his inheritance after the death of his father and then he plans to return to the nearest disaster site where he offers his services as an urban planner. Shannon is struggling to keep her family printing press afloat.

I really liked the mirroring in Nate and Shannon’s situations. Nate’s family wasn’t close and he plans to sell his family’s business. Shannon’s family is tight knit but the family printing press is struggling to keep its doors open.  This is a classic friends to lovers trope.  Nate is wondering at his burgeoning feelings for Shannon and Shannon is struggling with the ethics of both having created the man trading cards and wanting to rip Nate’s card from the girl who picked it out of the trading card pile.  B

I think a reader could read the last two and not miss much of the overall story but who knows, maybe book 1 will strike reader’s fancies better than book 2 and 3.