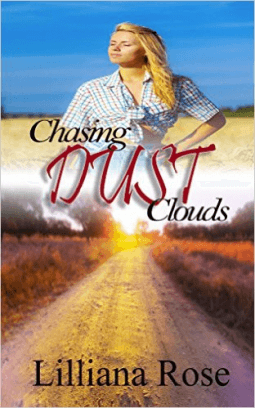 Sent to the country to visit rural clients accountant Blaise Johns doesn’t know what to do when he meets a mob of sheep on the road. He accidently runs over one of Dusty Miller’s ewes and his cool crisp competitive demeanour is dented as he tries to figure out how to make amends with a woman who is intent on busting his balls. Then there’s the competition, Aaron, who isn’t going to be pushed aside. As the out-of-towner will Blaise step up to country life for Dusty?

Dusty is furious at Blaise, but the man won’t go away and leave her to run her farm. A sassy self-sufficient young woman, Dusty struggles to let Blaise who is clueless about the life she lives, in to her heart.

When two worlds, country and city come together, an explosion of differences rocks the foundation of two peoples lives, forcing them to face the future in unplanned ways, and to give each other another chance.

This blurb caught my attention because I enjoy reading about a strong woman.

Dusty truly is a ball busting woman and intimidates the hell out of Blaise. Good on her. Meanwhile, Blaise is the fish out of water. The one who starts off on the wrong foot in the face of Dusty’s overwhelming competence. He’s a city boy in a country world.

Early on I began to note some misspellings: writs for wrists, you for your, chocking for choking, form for from, loose for lose. There are also some inserted or dropped words that mean a sentence has to be reread and deciphered. Some sentences also end with question marks which aren’t questions. At first it was nothing major but after a while, it was enough to be distracting.

As the story continued on day two, Blaise, with continued cock-ups, just wasn’t cutting it out in the country. Well, at least it was the man who kept screwing up and being humiliated instead of the (usual) heroine. Still at about 33% through the book, IMO Blaise needed to step up. But at least he was silly in infatuation with her and determined to eventually get on her good side. Dusty was beginning to find him endearing with his puppy dog looks. He was persistent, I’ll give the bugger that.

I learned a lot about shearing day and what it takes to keep up with that as well as the usual chores around a farm. I couldn’t keep up. I doubt the Terminator could keep up. At the end of the story, I found it surprising that Dusty was willing to leave the farm for a few days during the lambing season to see Blaise.

Given this is a short category length book, things were moving fairly quickly. Blaise looked to be the one making the relocation for their relationship. Well, it’d be hard to have a farm in Adelaide. Good for Blaise that he was considering more than hormones in a possible move to the country, he was thinking practically as well. Until his hormones and little head took over. Then Dusty asked a long term question way too soon before her temper fired off again. Too much too soon. Good thing she doesn’t throw punches with her angry words. Oh, but wait, she didn’t mean it. I guess. Until the next time. Maybe. My head was spinning at the abrupt changes.

At the 75% mark, Dusty did something, or allowed something, that almost made me quit reading. Yes, she was drunk and confused. Still she ought to have known better. Then the standard Romance scene played out with one difference. The injured party was the hero who raced off. There was a lot of sudden, whiplash changing of minds going on in the story. I’ve seen this standard plot action handled better. In the end though, I was glad to see both were willing to wait a bit while their relationship developed and they tested the long term waters.

Switching roles, learning about sheep, seeing a woman who can kick arse – or balls in this case – was good. The journey down the path of same old clichés was not. C