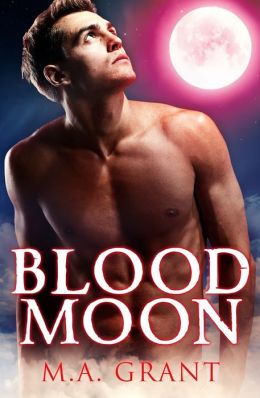 Within reading the first few pages, my imagination was sparked by the idea of a werewolf in Las Vegas.  London?  Sure.  There’ve been movies about that (including American werewolves, no less).  Portland?  Alabama?  Muir Woods?  I’ve seen most all of them at one point in time or another.  I’ve even seen werewolves in DC (no, I’m not talking about the wolves that masquerade as politicians – that’s a whole different review altogether).  But Vegas?  I’d have thought the lights, sights and sounds of Sin City would be a bit much for those with heightened senses and a propensity for furring out as a fight or flight response.  So, I had to read further – and I wasn’t disappointed.  I also wasn’t wowed.

To say that Connor Sinclair had a rather unconventional and unpleasant childhood would be an understatement, to say the least.  As one of three brothers raised by a sociopath, alpha father, he was subjected to as much, if not more, of his father’s brand of tough love than the others.  Rather than hang around and continue to take the tests, beatings and other acts of paternal devotion, Connor packed himself up and moved out, ready to make his own way in the world – and he did.  He devoted himself to doing whatever it took to claw his way to the top and get the finer things in life.  And then things took a little bit of a left turn, what with helping his older brother, Flynn, take care of business and with accepting charming, somewhat maternal Dana into his home as a roommate.  Dana, of course, makes everything different – and is a good friend.  Though his wolf clearly wants her to be more.  None of this matters, however, when Daddy Dearest makes himself known once again – back to claim what’s his, and he’ll stop at nothing to get his son back in the family fold.

This is quite clearly the second book in a series – and it doesn’t QUITE stand well on its own.  The origins of Dana and Connor’s friendship are referenced, but only briefly touched on in this book.  Other events are referenced and very briefly explained, though there’s clearly more going on that readers who are just coming in on book 2 aren’t going to fully comprehend.

That being said, it was rather nice to get a somewhat different view of werewolves.  There aren’t any packs, there isn’t much thrown about in the way of mythology and lore.  Connor has a problem with his wolf and his wolf has a problem with him.  I found that, well, rather amusing in a somewhat ironic way.  At times, it almost felt like his wolf was a metaphor for the human psyche and man’s battle against his inner beast.  I have a sneaking suspicion, though, that the book wasn’t meant to be read quite that deeply.  Dana’s role in things seems to be somewhat minimized.  She serves as nothing more than a foil for Connor without being fully developed as a character in her own right.  There’s just enough for her to be interesting, but not enough to satisfy a reader’s curiosity about what makes this woman tick and why she wants Connor.  In the end, it seems to ultimately be about the naughty times.

And believe me, there are plenty of those to go around.  What’s rather nice is that, for the most part, the sex isn’t gratuitous.  It flows naturally from the evolving emotional bond Dana and Connor share.  Of course, Dana’s Jessica Rabbit impersonation at a Halloween party doesn’t help poor Connor’s control one bit.  Once physicality gets tangled up in the emotions, things, of course, get predictably messy – which is one of the reasons I read romance novels.  It’s nice to see that things don’t always go perfectly, even though I know that, in the end, everything will end up well and good, wrapped up in a nice, neat bow.  It’s a welcome change from the usual normality of life.

On the whole, I enjoyed the book, though felt just a little cheated by the lack of development for Dana.  Given that I didn’t read Red Moon, the first in the series, I’m hazarding a guess that most of Dana’s development was addressed there and that’s why I feel like I came into things a little late.  There were a few things I would have liked to see handled differently and a few things I truly liked – though didn’t love.  I didn’t hate the book – but I didn’t love it, either.  It was a fun read that I could easily put down but found enjoyment in.  C

Still Wondering how a Werewolf Survives in Vegas,