I’m glad to see you get back to your nihilistic, “don’t give a shit” heroes but somehow being reminded over and over that Bastien is such a man took some of it away. All right, I wanted to say, I got the picture the first time and you don’t need to tell me again 15 more times. Nor give me any sob story background about his poor childhood with a mommy who doesn’t love him. 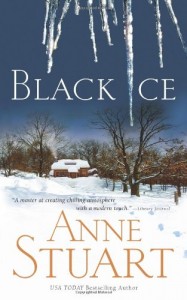 And the heroine. What is there to love about this clinging vine? At first I kind of saw her in a Mary Stewart heroine sort of way but MS heroines usually manage to grow and gain strength over the course of the book while Chloe just stays an albatross around Bastien’s neck. You’ve given us plenty of initially cowed heroines who’ve grown and gotten as strong as their hero by books end but this never happens with Chloe. I’m not sure she ever really takes off her rose colored glasses and I’m not sure about any true HEA for these two despite the short post you made at AAR. What is he going to do for a living now that he’s not an assassin/spy? And will she still love him without fear of imminent death or relief at not dying to spice up the sex?

And what kind of ruthless, gun running cartel is going to rely on thinking they’ve hired someone stupid as an interpreter? That just doesn’t make sense. And I don’t believe that Bastien’s employers wouldn’t want Chloe dead. After all,they killed the poor cab driver in Paris, and he knew a lot less than Chloe does, as well asoffing her roommate Sylvia. And as for Hakim’s torture of Chloe, the way Bastien was going on about it, I expected a lot worse damage both physically and mentally. But just slap some of that magic goo on her cuts and she’s good to go.

But I did sit down and basically devour the whole 370 page book in one setting and you can write fast paced plots that are better than most. I guess I’ll give you a conflicted average C grade for this one.

→ Jayne
Previous article: Is the internet bringing us together or moving us farther apart?
Next Post: Authors Behaving Feloniously Episode #6186