What Janine is Reading and Seeing in the Theater: Werewolf Edition

Werewolf Ian Donovan is in prison. Ian was wrongfully convicted following a cage fight, and though the prison is a minimum-security one, Ian needs to run fast to be able to shift and his stay in prison prevents that. Not shifting for a long time is torture for a wolf, and Ian has been imprisoned for year, so when Anna Gold, a graduate student in social work, offers him a deal, he reluctantly takes it. The deal is this: Ian will be released on the condition that he bring Anna home with him to the town of Schaffer Falls, aka Shifter Falls. This will give Anna the opportunity to study shifters and write a thesis about their society. The only problem is, Ian’s father, Charlie, the previous Alpha, is dead, and Ian has three half-brothers who may kill him in their jockeying for the top position.

Charlie never took a mate, and each of his four sons has a different mother. There’s no love lost between them, so when a threat to Anna emerges, it’s questionable whether the four of them can cooperate.

This book was all right, especially for the price of free, but it didn’t blow me away. It started out promising; I liked that the characters seemed down to earth rather than over the top, and I liked that the werewolves’ wolf aspects were almost different selves.

Unfortunately, the worldbuilding left some things to be desired, especially when it came to werewolf biology. For example, only males could be werewolves, so if a werewolf had a daughter, she’d be human, the wolves’ sense of smell was so acute it was almost like mind reading, and they also can’t get sick. How and why these things can be is never explained.

These wolves are the rugged rural types, something that doesn’t in itself do much for me, but I liked the honesty and straightforwardness of Anna and Ian’s relationship. Along with the snowy setting, it reminded me a bit of Patricia Briggs’s Anna and Charles books, but without the complicated pack politics and relationship dynamics.

All in all, this short (198 kindle pages) book was a bit too simple: a quick romance, an easy to resolve suspense subplot, and set up for a series, and not much more. But it was a fast read, and it got me to pick up the next in the series. C.

This was a more interesting book, featuring Heath Donovan, Ian’s half brother, and Tessa Keefe, who works at his bar, the Black Wolf. Tessa and Heath sass each other, but under that runs an attraction. Heath, whose womanizing reputation precedes him, has been celibate for months when a kidnapping attempt is made on Tessa. Behind the attempt is Xander Martell, Tessa’s werewolf half-brother, who wants to take the Donovans’ territory. Tessa is adopted, and her mother has warned her about shifters for most of her life (this made me confused as to how Tessa ended up in Shifter Falls), but now Tessa is in danger from one. Partly for self-protection, and partly because she is attracted to Heath, Tessa proposes that they mate. Being a Donovan’s mate will protect her from other wolves.

The mating-of-convenience isn’t a plot I’ve seen before in a paranormal context, so I was a bit disappointed that its full ramifications were not explored. The conflict between the two packs was a bit of an improvement over the suspense plot in the previous book, though as part of the sequel-baiting, one of the villains wasn’t caught. All the same issues with werewolf biology are still present in this book, too. Still, the book makes for fast reading, not only because it is short (185 kindle pages) and plotted in a page-turning way, but also because Heath has an interesting background.

As a youth, Heath was spoiled by his father as part of a strategy to keep him in check; he went along with it to survive. So he isn’t really the shallow womanizer others think he is, and he takes advantage of being underestimated to gather intelligence. Even so, a lifetime of being underestimated has done a number on his self-esteem, to some degree. He thinks he isn’t good for much besides sex, but here, he and Tessa both learn otherwise. This was an improvement over Rebel Wolf. Lover Wolf gets a C+.

Because these books are like potato chips, I moved on to book three, Warrior Wolf. It was clear in Rebel Wolf that Ian and Heath’s half-brother Devon, once Charlie’s enforcer, has chosen a mate but never pursued her. Devon’s mate is adjacent Grange County’s sheriff, Nadine Walker. At thirty-one, Nadine is five years older than Devon, and unaware of his feelings for her. But now Nadine needs Devon’s help to close a case. 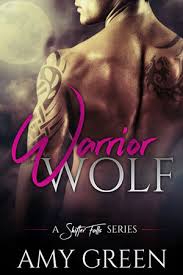 The wolf-hunting serial killer known only as the Silverman (a distracting moniker; it made me think of comedian Sarah Silverman) has killed two people, but to catch him, Nadine must team up with Devon and track the killer out in the wilderness. There are just two problems – everyone else in Grange County is convinced the killer is a werewolf, and Nadine is starting to realize she is powerfully attracted to Devon.

Nadine loves her job, and she can’t continue to do it if she takes up with a werewolf. This makes for a powerful conflict but one that could have been resolved in a more satisfying way. At 169 kindle pages, this book is the shortest in the series yet, and as with the earlier books, I wished it had been more developed.

All the same believability issues I had with the worldbuilding in the earlier books in the series are still present. Werewolf biology is still not that convincing. The romance develops fast and the suspense storyline with the killer even more so; the latter feels slightly rushed. There are interesting ramifications that follow from that subplot which will no doubt lead to a conflict in book four, Alpha Wolf, which comes out in late May.

The best part of Warrior Wolf is Devon’s unrequited love for Nadine. In the earlier books, Devon was my least favorite of the Donovan brothers, but in this book, his history of attacking people on Charlie’s orders is explained from and it becomes evident that although he’s a gruff loner, Devon isn’t the bad guy the others assumed. Devon’s devotion to Nadine is at the heart of this novel; he would sacrifice everything for her without asking for anything in return. Unrequited love is a trope that I’m fond of, and it’s handled well here, enough to earn Warrior Wolf a C+. 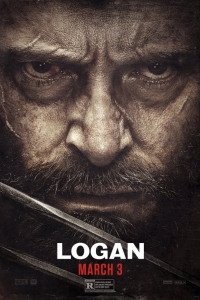 To continue with the werewolf theme of this post, I saw this movie in the theater recently. It was fun, if not earth shattering. Hugh Jackman and Patrick Stewart were good as usual in their roles of Logan and Charles, and it was a bit of a twist to see different sides of these X-Men. Charles was senile and frail, Logan weary and disillusioned, attempting to navigate a complicated situation in a dystopian America. But deep down both still had the same generous cores they’d had in earlier years and ultimately, a willingness to go the distance to save Laura (Dafne Keen), the young mutant girl they are charged with protecting.

This movie was entertaining. I was very saddened by one event midway through the movie. Some of the violence was a bit too intense for me, and it did not seem plausible, even in a comic book movie context, that some of the movie’s younger characters would survive to get as far as they did. The ending was one that I saw coming a mile away, but I still cried during the sad parts. On the whole, this was an enjoyable but predictable movie. C+.