It’s very hard to write this review because something happens at the end of the book that shades my entire view of the story so a post mortem is a little difficult because the story, before the ending, was really intriguing despite a few problems with believability. And frankly, while I read this book in one sitting, it’s not even a book I can recommend without telling people first what happens at the end. I would feel too guilty to recommend the story without giving them some kind of heads up. It would be like sending people out to swim without warning them that there is a sudden drop off. 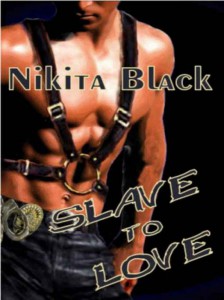 Caroline Palmer is a vice officer but she wants to be part of the homicide team more than anything. She also wants Lieutenant Michael ‘Mick’ McGraw. She tried to flirt with him when she was first transferred from Traffic a year ago, but he shot her down and Caroline burns with both embarrassment and need every time she sees him.

Mick has labored hard to keep his personal life separate from his professional life. He’s had to. Mick has some very dark tastes when it comes to sex and a bad reputation to live down. His father was a notorious murderer who has been imprisoned for years.

A series of crimes have been committed and Mick needs a female partner to pose with him in hopes to lure a serial killer into making a mistake. All the couples who have been killed have a common link to a leather fetish club called The Brimstone. No one within the club will talk to the police and thus they need a couple to go undercover. Caroline’s experience on the vice squad makes her the perfect foil for Mick. At least, that is what Mick tells himself but in truth, this is an opportunity to give himself permission to touch Caroline, something he’s wanted to do for a long time but hasn’t allowed himself to act on those urges.

The first few chapters really set up Mick and Caroline as serious officers and I think because you did such a good job of selling the setup, it made the deviations from reality that occur later on more palatable. We see Mick and his partner, Bobby, run down the facts of the case that they know. We see the three of them and other members of the homicide team working a crime scene. It all seems very plausible. Even the first undercover scene at The Brimstone seems in keeping with what might happen in real life.

For the most part, I thought Caroline was portrayed as a confident woman, although this eroded over time as Mick’s personality exerted itself more and more in the book. But there was real effort to show these two as some kind of equals:

She was about to cave in to her fear when he said, "If you’re ever afraid, really afraid, and you want me to stop … whatever I’m doing … just call me Detective.”

She met his solid gaze with her unsteady one. She knew what this was about. He was giving her a safe word. It’s what people did when they were into bondage and stuff like that. So things wouldn’t go too far. So everyone felt comfortable at all times, secure in the knowledge that they could stop whatever was happening with a single, pre-arranged word.

She gave in and bit her lower lip. His thumbs caressed small, patient circles in her palms. She peered up at him, at this giant, broad-shouldered, muscular, totally intimidating man who had her knees shaking and her insides doing things she’d never thought possible.

“And if you get scared," she said from her place against the wall, "you can call me Officer.”

As the serial killer escalates and the undercover game gets deeper, the story loses some of its strength – believability. There is a point in the story where it takes a ridiculous turn where it seems like everyone on the force is at some underground BDSM club jerking off and engaging in torrid, unsanctioned sex. There are FBI undercover and Homicide undercover from at least two precincts and everyone is watching everyone else get off. It was pretty crazy and I’m not really sure what it was there to prove, particularly when you tried to bring believability back by dragging Mick and Caroline into the Chief to explain an act that placed their investigation in jeopardy. It was as if you were signaling to the reader, “hey I really do know I am taking liberties here”.

Mick’s father is out of prison and Mick has some inside knowledge about his father’s perversions and desires which ratchet up the stakes and push Mick into taking more chances to bring this matter to a close. Complicating this is the fact that Mick perfectly fits the profile of the serial killer and there are details which implicate Mick as well.

This is a dark romance not only because of the subject matter but because of the way in which the feelings of the two characters are drawn out, through their exploration of pain, dominance and submission. In that area, I thought the romance was really well done and I believed at the end that Caro and Mick were meant for each other and because the serial killer was playing around in the BDSM scene, I accepted the other parts of the story out of necessity even though questions played around the edges such as Caro’s ability to maintain respect with her fellow officers, the gossip that would necessarily follow such a public display of Mick and Caro’s sexual desires for each other, and the ability of any of the officers to bring the killer, if caught, to justice. Further, the attempt to show Caro as independent was ameliorated as time went on, as her desires subsumed her to the all controlling Mick. Up to the last two chapters, I would have given this book a B-.

But the ending…the ending has a big surprise that made me reflect (and not favorably) on the story.