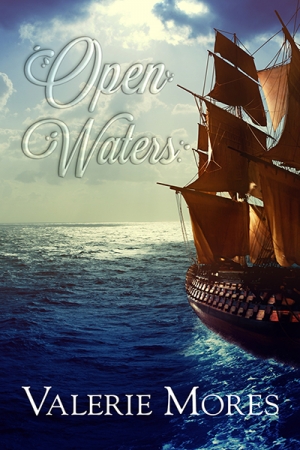 Captain Jane Avery of the Tantibus has been pirating for more than ten years. With a crew at her command and a ship under her feet, she is a terror to anyone that has the misfortune of crossing her path. Her latest conquest is just one more on the list. When they find a common whore aboard, Jane orders the woman be brought along, never realizing the impact one decision can have, and that even an unstoppable pirate has a weakness…

From the opening lines, it’s obvious that Jane is a woman who knows her business and is good at it. She’s a thinker as well as a fighter but she understands that a pirate ship runs on loyalty to success and not a popularity contest. She has to out plan, out think and out maneuver the enemy to maintain control as well as being willing to shed some blood if needed. Her plans are bold and audacious but they work which is why she’s remained as captain. She also loves a fight and watching her plans come together in a successful raid.

Jane’s introduction to Cecily is fabulous. In one tight scene, Jane displays her captainly chutzpah and Cecily proves herself to be Jane’s equal in sangfroid – amazing even the male pirates. But she’s also now opened a can of worms for Jane who finds herself strangely protective of the whore against the desires of one of her more openly defiant and troublesome crew. Cecily’s presence aboard the ship will cause more than trouble with the crew, it will begin to drag Jane back to a world she thought she’d left behind – one of caring and potential pain and heartache.

Cecily soon proves herself to be a most unusual whore and one Jane can’t understand. She continues to flirt with Jane even though Jane has stated her disinterest. I have to be honest and say that though I’m not sure what place Cecily’s accent is supposed to convey, I found it damned annoying. What exactly was the nature of their relationship remained clouded. Jane is confused by it while Cecily’s thoughts aren’t shown. Is she truly interested in Jane or merely playing her hand as best she can? I was also confused about Jane’s past. Hints about are dropped but never explained.

When danger catches up with the crew, Cecily and Jane must both fight for survival using the tactics and weapons they have at hand. But who’s side is Cecily on and can Jane’s fighting skill win the day?

The pirate stuff here is great. Lots of fighting, lots of bravado and sailing skill. Jane is a natural leader being able to both swing a sword, figure her odds and make plans with skill. She’s ruthless enough to earn and keep her captaincy but still retains her honor to her crew. Cecily’s POV is never shown but her actions speak louder than words to Jane who is coming to know her. Still the relationship aspect of the story and Jane’s past are oblique and hazier than I would have liked being more a HFN then settled. C+