Jane sent this to me with the note that she thought I would like it. Well, I did but for various reasons, I wasn’t blown away by it. 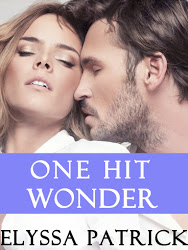 First of all, while I do like books with music star characters, I have a hard time believing in the set up for this hero. Damon’s only got one hit song – though it was a BIG hit – years ago when he was a boy wonder. Since then, he’s lived off the royalties of that one song plus the notoriety he courts by acting eccentrically and his sold out concerts with his money allowing him to live large in LA. Really?? One mega hit about 20 years ago and he’s still going to have adoring fans and sold out concerts? I don’t buy that but for the sake of the plot, okay. He’s also described as lazy and content to accept this status quo yet later there are hints that he’s dissatisfied with his music career and wants more acknowledgment for his musical talent. Perhaps this is the difference between his views and those of the heroine about him but since she’s worked with him closely for two years, I would think she’d have some hint of how he feels about his career.

The heroine I like better. Jane’s a small town girl who – drumroll! – always wanted more from life than her childhood hometown had to offer, left to find it and is happy as a clam at high tide in LA. Yes, Virginia – there is an author who doesn’t worship at the altar of Small Town America. Not only did she escape from Nebraska, but she has goals and plans and knows what she needs to do to get where she wants to be in life and that doesn’t include sponging off her boss. Jane Timmons, I salute you. She’s also avoided the usual heroine pratfalls and embarrassing things that are often required of romance women when around the men they adore. She’s competent, put together – though why she uses bobby pins instead of hair pins to put her hair up is a mystery to me – and doesn’t get easily flustered by her wild employer. When she hands in her notice, she means it and doesn’t get swayed from what she plans on doing in spite of the fact that she loves her boss and has for years. She’s going to make it on her own.

Alright so on to the romance. She loves him but he doesn’t seem to have thought of any emotion beyond what the colors of the little umbrellas she puts in his drinks mean about her mood that day. So yeah, he’s thought of her a little but not nearly like she’s thought of him. Until she hands in her notice and suddenly, he’s determined not to lose her because – mainly – she makes his life run smoothly and – hmmm – suddenly he wants to know more about her which leads to “The Event.” I’m thinking most romance novels have The Event. That plot part which somehow throws he and she together and kick starts the romance into full throttle. This is fun. The description of The Event sounds hilarious. A flashmob in NYC all dancing and singing in the streets in a step the heroine describes as “looking like you’ve really got to go.”

This is all good and enjoyable but the zip from here to the next morning and the “I love yous” goes too quickly for me. I admire Jane’s bravery in letting it all hang out and telling Damon the truth and going for what she wants for a night but for the shift in his thinking from “lesse if I can keep her on as an employee” to “Yowza, I love her!” doesn’t work for me. I do appreciate the lengthy dating time incorporated in the epilogue but the other issues drop this to a C+