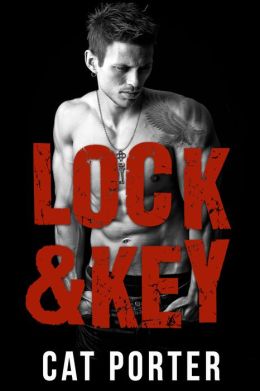 I have a hard time rating this book. There are some lovely turns of phrase and the story is different than I expected which made for a pleasant surprise.

“The dart boards still dotted one wall as did the myriad of hunting trophies peering down at us from overhead—an eccentric variety of antlers, furry, glassy-eyed heads, and even a few stuffed fish, all mute, somber witnesses to the whirligig of flesh and alcohol below…A Miranda Lambert song flared up, and suddenly a rumble echoed over the old wood floors as a good number of eager couples, both young and old, scrambled to the dance floor.”

Plot holes and a sort of deflating ending brought the grade down for me. While the story focuses on Grace and the two loves of her lives, I’m not entirely convinced it’s a romance either. It’s more of a story about Grace, the choices she makes and the people she allows to influence her life.

Grace returns after fifteen years to South Dakota and the One-Eyed Jacks when her sister is suffering from cancer and needs a bone marrow transplant. Grace is not a match and so she seeks out her estranged father who is living not far away in Montana.

This brings her into the territory of a rival MC. Grace’s history is mixed up with both clubs, both her shrouded past and her present. Because both MCs are violent, there was a real sense of jeopardy for Grace on a day to day basis, particularly when she is asked by the club to place herself in danger.

Grace has intense loyalty to the club and I wish I had a better sense of why. At one point, she is asked to do something fairly objectionable. She acquiesces for the betterment of the club. She’s also described as this legendary Old Lady but I wasn’t sure how being the only surviving of a drug fight gone wrong made her into a legend. There were important details left out here and there which created discordance between the past and present.

This is a second chance at love story but the backstory romance between Grace and her dead husband was more gripping than the one she had with Lock, the present day hero. What was interesting, though, was that I felt that both romances felt authentic for Grace representing how she changed and what kind of person she was at the various points in her life.

When she was young, Dag, her first husband, was kind of an overwhelming alpha that she was intensely attracted to and to some extent he controlled the direction and pace of their relationship. Lock is not the same man and Grace meets him as an equal instead of a giddy eighteen year old. I thought that was not only intriguing but good storytelling.

However, one of the strange ways used to convince us of Lock’s interest in Grace was his emphasis on Grace as this past heralded Old Lady.  Was Lock in love with the idea of Grace or Grace herself?

“You can’t know how many times I’ve looked at that picture over the years and wanted to know who that woman is, who she really is.” Miller’s deep voice filled my ear, my eyes shut tight. “That gorgeous, deliriously happy woman in that sexy black bikini making her man feel on top of the world, both of them so full of life.” His finger tapped the photo.

“I’ve been fascinated with her since I got back from the army fifteen years ago, and I walked back into this clubhouse and saw this picture. Knowing that my brother Wreck loved you like a little sister, knowing Dig and the kind of man he was, and then to see him like this, took my fucking breath away. Still does.” …

“And then over two weeks ago, I came in here after being out of town on a run and see this photo again, and I practically doubled over. It clicked why I was immediately drawn to you…”

While I loved both young Grace and older Grace (a forty something woman) and felt that Lock was a good match for her, he wasn’t the wild improbable love of her youth that Dag was. It was a tad bittersweet in that respect. Additionally, there is a third man who Grace seeks out in the middle of the story. I didn’t feel that the interaction Grace had with him was cheating but others might, but you can read the spoiler below if you want more details.

The end twist was a crazy one and while that in and of itself fit the narrative, the wind down of the suspense was almost anticlimactic. I was deflated when I spent much of the book anticipating something only to be left with the feeling at the end that all my worry was for naught.

One element that I enjoyed was the clear love of motorcycles that was imbued into the story. I’m big on authenticity and from the dialogue to the setting, this book delivered on that (except at the end). While none of it might be accurate, the world building was well crafted enough to make me believe.

I can’t say that this is a romance. It is, but it isn’t. It’s not entirely a woman’s fiction novel either. If I had to categorize it, I would say that it’s a mild suspense with a heavy romance flavor. I’m giving it a C+ because I liked the voice of the author and I liked Grace. The deflating ending and the plot holes brought the grade down. Oh, and Grace’s nickname  of “Little Sister” or “Sister” was a tad awkward when being said by men who were having sex with her.

I have to say that the hero is forty and the cover model doesn’t fit my image of him at all as a “over six feet tall with pronounced shoulders and a closely cropped head of dark hair peppered with some grey.”

Grace has sex with another MC member at a different charter, at first because she wants to but then because she is supposed to keep tabs on him for her current MC. Lock not only goes along with this but kind of encourages her to do this even though the two of them had started a relationship. It’s this among reasons stated above that I felt Grace and Lock’s love was genuine but not as all consuming as her first love with Dag who would have never asked Grace to take that action and would’ve probably violently opposed it. I’m not sure which reaction would be better.