This story had so much wasted potential. Fred Oday lives on the reservation. Her mother is an alcoholic. Her brother is working for a gas station, doing some minor repairs on cars. Her father is the groundskeeper of the golf course at the country club. One summer, the boys’ varsity golf team coach sees Fred play and offers her a spot on the team. Despite the rich kid school, the team is awful and Fred has a more natural game than any of the boys. 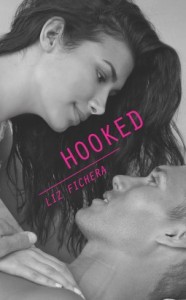 The best part of the story is Fred’s struggle to fit in, both from a class standpoint and a race standpoint. Her poverty sets her as far apart as her Indian heritage from most of the teens at her school. But she doesn’t seem to fit in at home on the reservation. Her mother urges her to “make sure the chef” at the local casino restaurant likes her so she’ll have a job when she graduates. The golf coach, however, is suggesting that Fred is good enough to gain a college scholarship.

When Fred starts winning, it is against the expectation of her male teammates, none of whom initially want her on the team and every one else but maybe Fred, her father and the coach. But a girl on a boy’s golf team is going to attract attention from media and others. Fred is discomfited by the attention. She still recalls the time that the non Indian kids came to the reservation to stare at them, like they were objects and not other kids. The love for the culture, however, shown through and Fred embraced the parts of her heritage even when others thought it was strange or silly such as when an old man from the reservation came to give an Indian blessing before a tournament.

Fred’s love interest, Ryan, initially is villanious. Fred is taking the place of his best friend Seth and so Ryan sets out to sabotage Fred. Ryan changes the most over the course of the book, but his change lacks depth and therefore believability. Ryan has his own personal challenges. His father is cheating on his mother. His mother pretends nothing is happening and is working non stop.

Like Ryan’s transformation from asshole teenager to understanding boyfriend, the resolution for everyone including the worst character, Seth, is too perfect. I was also disappointed that all of the characters managed to get redeemed except for the snotty girlfriend of Ryan’s. That Seth should have a redemption storyline after all that he tried to do to Fred and the girlfriend did not seemed stereotypical and sad.

The cover also implies a much sexier story. This is a kisses only story with some teen drinking and some drug references. C+

→ Jane
Previous article: First Page: Forbidden Destinies (PNR Romance)
Next Post: Darcy is on sale (if only, right?) along with other historical romances