I think I understood the point of this piece. It really isn’t about a romance or a relationship but rather a tragic slice of life story. Sarah and her brother James have lived under the shadow of their father’s abuse and their mother’s alcohol and drug addiction with only each other to cling to. 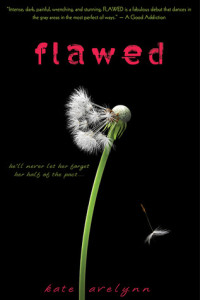 James’s protective instincts have turned to something more sinister as Sarah has grown older. Their character portraits are drawn sympathetically and understandably. That James would feel possessive about Sarah, the only person in his life who could possibly know him and that that love could turn wrong is understandable given the household he was raised in, constantly abused, constantly seeing his beloved sister be abused.  I remember once talking to a friend  about her time in an orphanage. She was with her younger sister and she shared that it was something she wouldn’t have wished on her worst enemy let alone the person that she loved most in the world.  Seeing someone you love suffer is worse than enduring your own suffering.

Sarah doesn’t return his feelings; but she loves him and is confused as well. He’s been there to protect her, take her blows for her. But his love, she thinks, is heavy, like rocks dragging her under the water. James is manipulative and moody. He says he takes these blows for her because he loves her. He probably does but his taking those blows and then holding it over her is another kind of abuse all its own.

Sarah falls for Sam and wants to escape into Sam’s world, one populated by flowers, literally, as his mother is a florist.   Poor Sarah is so confused.  She doesn’t have a life outside the parameters set for her by her brother.  Her actions are dictated by when her dad gets up and comes home from work. She feels imperiled by her father at home and her only safe harbour is James. So she feels guilty. So guilty loving another boy, wanting to get a job, feeling better away from James.  Moreover, James is the only permanency she has known in her life.

Though I’m giddy over what he said, I can’t tell him it’s not “when” I tell James, but “if.” He doesn’t need to know I’m still terrified he’ll dump me in a week or maybe a month and I’ll have gotten James mad at me for nothing. While being with Sam is every bit as incredible as I’d dreamt it’d be, he’s temporary.

There is not a romance.  It’s a story full of tragedy and loss. It makes you uncomfortable but intentionally so.   Sarah’s conflicted feelings about James felt realistic as did the permeation of sorrow throughout the story.   I can see this book being pear shaped for many, particularly if one is frustrated by Sarah’s inaction but  Sarah’s lived too long in the cycle and so her behaviors are twisted and driven by self recrimination instead of bravery.

The one off note for me was Sam’s behaviors.  Yes, he loved Sarah but he did little to help her.  He sensed James’ behavior toward Sarah wasn’t quite right and that her father represented a serious danger.  He never went to his mother or any other adult.  I think my dissatisfaction with the story wasn’t so much that it didn’t resolve happily, but that I wanted to see Sarah move in a hopeful direction at the end. It had an almost unfinished quality to the story.  The ending is frustrating but perhaps the only way it could have been written.  Too treacly and it would have read insincere.  C+