Jayne’s love for your Konigsburg series piqued my interest. Konigsburg is a small town in Texas and one commenter suggested it might be patterned after Fredericksburg, Texas. It’s far enough outside the city (I think the nearest one is Austin) that it feels like a small town but it is close enough that it survives primarily on the tourism trade. 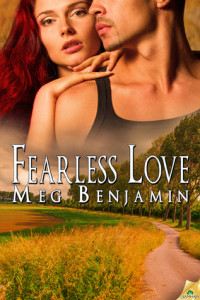 While I have enjoyed most of the Konigsburg series, I stalled on Don’t Forget Me in January. In fact, it is still in my “currently reading” queue at Goodreads. For this reason, I have really vague recollection of the hero, Joe LeBlanc.

Joe is a former famous chef who crashed and burned due to alcohol and drug abuse. He came to Konigsburg about a year ago and has rebuilt his life in a quieter fashion. He currently is the head chef at The Rose. Rather than promote his sous chef to executive chef, Joe hires an outsider whom no one in the kitchen likes. His kitchen has never run better, but his expenses are up and Joe is trying to prep for a local cooking competition as well as flush out a thief.

In amongst these issues is his growing attraction to MG Carmody. MG moved to Konigsburg to lick her own wounds and try to pay off the mortgage on the farm her grandfather left her. Her great aunt Nedda is waiting like a vulture for MG to miss enough payments so that Nedda can foreclose. MG’s making money by selling her eggs and working as a prep cook in The Rose. And she’s playing gigs at local bars for donation buckets.

The weakest parts of these stories have always been the villains and I can’t say the wrongdoers in this book is much of an improvement. The kitchen thief issue could not have been more obvious and as for Nedda, I wasn’t sure what her problem was but MG’s desire to hang onto the farm seemed more tied up with the loss of her family than a true devotion to the land.

I liked both characters quite a bit. MG and Joe are pretty easy going, both rolling with the punches. When MG explains why she doesn’t like her name, I thought it exemplified the type of person she was:

She blew out a breath. “The problem is the Grace part. My mom’s the most practical person I know, and a harder worker you’ll never find. Why the hell she saw fit to stick me with Grace, I’ll never understand.”

He let his finger tips trail down the side of her throat. “What’s wrong with Grace? I like it.”

“It’s everything I’m not. Calm. Steadfast. Slow to anger. You name a virtue I lack and it’ll be one Grace should have. Including being able to move around without tripping over my own feet. It’s like naming your kid Chastity or Excellence or something.” She turned her head slightly, brushing her lips against his palm. “And no, I’m not fishing for compliments and I don’t need to be reassured about my general wonderfulness. It’s just that the good things about me aren’t things a Grace would have.”

The romance is rather conflictless but sweet as MG and Joe fall slowly into love. MG’s a little more reluctant to engage in a permanent relationship but who can resist Joe? Speaking of Joe, in the book he is described as bald with a short beard and mustache and a barrel chest. I’m not sure who is on the cover of the book but it is not Joe. Some readers might be disappointed by the lack of angst, the weak villains, and the external conflict. I enjoyed revisiting the town of Konigsburg. C+