I would not have finished this book if I had not been listening to it on audio book instead of reading it. In fact, I tried multiple times to read it when it was released from Torquere Press and couldn’t. Now revised for and re-released through Carina, it was also made into an audio book, which I’ve been listening to for a week. I’m glad I did finish it, and I’m still thinking about the characters, but I absolutely would not have finished it if I’d been reading instead of listening. 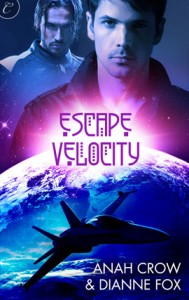 Why not? Well, in The Natural History of the Romance Novel Pamela Regis offers eight essential elements that make a romance narrative a romance narrative: 1. society defined as corrupt, 2. the meeting between the protagonists, 3. their attraction to each other, 4. the barrier that keeps them apart, 5. the point of ritual death at which it looks like the relationship is doomed (authors call this the Dark Moment), 6. the realization of how to overcome the barrier, 7. the declaration of their love for each other, and 8. the betrothal or at least commitment to each other at the end (that also reconstructs an uncorrupt society). Regis stresses that these can come in any order in the novel, but usually, they go in the order she and I list them here.

The reason I couldn’t finish this book when I read it (rather than listened) is that the order of this book is: 1. Society defined as corrupt, 2. the meeting, 3. their attraction to each other, 7. their declaration of love, 4. the barrier, 5. the point of ritual death (two of them, in fact), 6. the realization, and 8. the betrothal.

In other words, for the first half of the novel (almost exactly), it’s a nice gentle love story with no narrative tension whatsoever. They meet, fall in love, fuck like bunnies, admit they love each other. Everything’s great…and boring. Then BAM! barrier. And they then spend most of the second half apart because it’s THAT much of a barrier. And while the literary critic in me was intrigued, the reader was…wondering what the point was for half the book. But the listener had spent more than $12 on that damn book and wasn’t stopping for nothing. And I’m glad I stuck with it.

Okay, so plot summary. Elios is a linguist working on Luna (yes, the Moon has a colony–this is far distant future) for the Pandora Project, attempting to decipher the transmissions of a huge, apparently dead ship on the outskirts of…the solar system? Somewhere. Sender is a lead pilot and trainer on the Pandora Project, flying Harpies, the small ships designed as protective fighter ships that will protect the Pandora Project when they go out on their own huge ship to investigate the Pandora. They meet when Elios gets to fly in a two-seater Harpy as a treat for good work. They are attracted, have sex, fall in love, start entwining their lives. Everything seems wonderful. Then Sender gets a message that his parents have died and he’s now sole guardian of his four year old sister.

And here’s the barrier. Sender is from Themis, a free-standing space colony (I imagine something like the Death Star from Star Wars). Themis is overcrowded (only one kid allowed at a time, which is why Katy’s so much younger than Sender, because their parents could only have her after he leaves Themis) and it’s basically the polluted, dreary, overpopulated, soul-destroying factory production hub for the solar system. And the religion on Themis is all about obedience and discipline. Happiness only comes from obedience, not from being…well, happy. Nice way to keep the legions of workers in line, of course, but the religion also condemns homosexuality. So in a far future world, where marriage equality is taken for granted, Themis is a throwback. And Sender hates himself. And Sender’s parents, in their will, want him to raise Katy on Themis, giving up everything he’s worked for (flying, being free, being happy, being loved) for their religion. And…he agrees. He goes back to Luna for a month to get ready to go back to Themis, tells Elios, who assumes Sender’s breaking up with him and leaves him (point of ritual death #1). Then Sender crashes his Harpy, spending weeks in the hospital (point of ritual death #2), so Elios has to take care of Katy, and they find their way back to each other.

So, I couldn’t READ this book because the first half had no tension and the barrier in the second half seemed…anachronistic. Which is a funny thing to say for a book set so far in the future. I just found Sender a little exasperating in his commitment to a religion, a colony, and parents who hated what he was. And I know that was the point, but I personally am pretty sick of “I can’t be gay because my parents will hate me” story-lines in contemporary romances, let alone far-future-set ones.

But, all of that aside, the person narating this book (Charles Carr) did a brilliant job with it. He made sex sound hot (which HAS to be tough to do). He made Sender and Elios obviously different, infusing their words with their characters. I *loved* how he read Sender’s emotional moments. He totally kept me listening and the sweet moments of the story were strong enough to keep me enjoying it, even with all the problems.

P.S. That cover is a million billion times better than the one from Torquere.

→ SarahF
Previous article: REVIEW: A Rogue By Any Other Name by Sarah MacLean
Next Post: Debut Book Feature: Sweet Enemy by Heather Snow