I remember reading some of your earlier books and really liking them so I was happy to see a new release with your name on it. And I admit I have a weakness for the cops/bodyguards-as-romantic-partners trope (if there is such a thing). 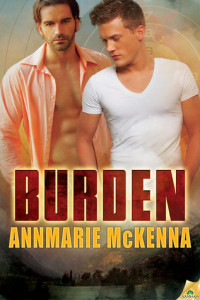 There’s more than one way to guard a body.

In the year since his car flew off a cliff, Detective Brennan McGuire has struggled to relearn the simplest tasks—like speaking without a stutter—and even more with trying to fill the gaping holes in his memory.

But when his daily visit to a local coffee shop turns into a melee of flying bullets, Brennan’s instincts take control.

So much for Keegan Monroe’s first day off after a long undercover assignment. One minute he’s relaxing over coffee, the next his cheek is kissing concrete. Question is, is the gorgeous man on top of him his saviour, or the one who took a potshot at his head?

As Keegan shepherds the too-quiet, too-skinny Brennan through the investigation, attraction flares into nights of white-hot passion. But with each scorching encounter, more and more of Brennan’s memories shake loose…and it becomes clear someone doesn’t want him putting those pieces together.

With Keega n’s oath to protect and serve putting him squarely in the crosshairs of a murderer, now the question is, who is protecting whom?

Reading the story it was easy to see why I remembered liking your books before. You have a very strong voice which appeals to me. The problems in this book for me can all be summed up thus: it was too short. Both in terms of page count and the time span the story covers.

On my reader it was 87 pages long (the total page length was 101 pages but only 87 of them was the book) and the whole thing took place over the course of 3 days.

The villain of the piece was fairly obvious but as I read primarily for the romance anyway, that didn’t bother me. But I’m not generally a fan of the instalove. It can work for me, but only very rarely. I think engagement with this book depends largely on how prepared one is to buy into it here.

The last thing Keegan wanted was to hurt the man who’d somehow stolen his heart in a day.

I think, if the investigation had taken place over the course of a few weeks or months, and the story length had been expanded significantly, this could have been an absolute cracker of a read. As it was, there were hints of that, but I kept tripping up on “hang on, they only met YESTERDAY”.

I liked that Keegan didn’t bat an eyelash at falling for a brain-injured man and I liked the way that he didn’t treat him as disabled at all, while at the same time not becoming impatient when it took some extra time for Brennan to get his words out.

On the one hand, I did very much like this

So, bonus points there. Except that they had met the day before, so talking about getting tested seemed way too premature. So, minus points.

I like kittens well enough but I don’t think I’m being overly sensitive when I say that hearing the four kittens Brennan owns (as therapy) constantly referred to as “the shitheads” wore on me after a while.

I think that the brain injury Brennan sustained was portrayed reasonably accurately but I was left with some questions, around what further improvement he could expect if any, whether he would be able to work again (at anything; he has accepted that he will not be a cop again) and how he would support himself in the future. None of these things were really discussed in the book.

Keegan himself had just come off a months long undercover assignment and his future was hinted at but it was unclear.

For a book which was only 87 pages long, there was a lot of sex in it. I enjoyed the sex scenes and they did show the men dealing with each other as equals (this was particularly good for Brennan because for some reason he doesn’t stutter during sex and he feels very competent and sure of himself in this domain), but I would have liked more character building and exposition too. Not necessarily instead of – like I said, I enjoyed the sex scenes. (Although, I might say that “rectum” is not a sexy word and I’d be happy enough never to see it a sex scene again).

I liked Brennan and Keegan and I liked the relationship Keegan had with his straight partner. I wouldn’t mind reading more about these people as I could easily see it as an ongoing series. This was fun but too short. I give it a C+.