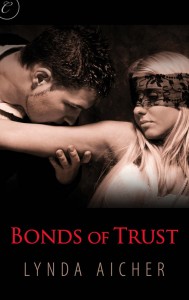 Having said that, I was pleasantly surprised at how much I enjoyed this version of the carriage ride sex. Cali Reynolds is an over 40 divorcee who made the difficult decision to leave her husband after twenty years of marriage. Her two kids don’t really understand.  Her circle of suburban friends didn’t. But Cali felt that their appropriation was less shameful than the truth – that her husband hadn’t touched her in a sexual fashion for years.

Jake has one foot out of the door of the club that he built with his two best friends.  They are pissed he is leaving and make no bones about it but Jake tells himself and them that this is how he is — someone unable to commit to anything for a sustained period of time.

I really liked the idea of the book, particularly Cali’s divorce and her struggle to communicate with her daughter. I also liked the twist ending and how Cali’s ex-husband wasn’t demonized.

I could have used more relationship building and Jake could have been more fully drawn out. His bad boy, no commitment schtick was very stale and transparent. Cali disappoints me at the end but her actions provide the Dark Moment. Some readers will have a problem with her actions and the resolution and denouement came hard on the heels of that Dark Moment. I could have used more space for the two to have worked through those issues. Still, given that I really dislike club bondage books, this worked out better than I expected, probably in large part due to Cali’s search for sexual fulfillment relatively late (40s) in life. C+