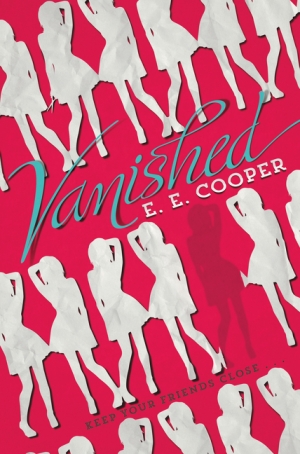 High school junior Kalah never expected to become best friends with seniors, Beth and Britney, the undisputed queen bees of the student body. But she did and she’s glad for it. Beth and Britney have their contentious moments though, so it’s good that Kalah can play the role of buffer.

Then, one weekend, Beth leaves town. This hurts Kalah because she was planning the other girl’s birthday party – her eighteenth, no less – and Beth bails on the celebration. In fact, despite the fact that Kalah has a boyfriend, she might be falling in love with Beth and there’s a chance that Beth might feel the same way about her. How could the other girl leave without saying a word?

In the aftermath, Britney assures Kalah that there’s nothing to worry about. Beth’s always been flaky and this is just another example. Besides, she’s now legally an adult. Everyone in town always expected her to pull a stunt like this once she turned eighteen. Then rumors begin to fly: Britney’s boyfriend was cheating on her with Beth. The news devastates image-conscious Britney and she commits suicide. Or so they say. Because, you see, Kalah’s not too sure Britney is actually dead.

I have so many mixed feelings about this book. I liked that the heroine is biracial. I liked that she was coming to grips with her sexuality and that while it was a key point, it wasn’t the main point of the book. I was a little iffy about her anxiety disorder, only because I’ve been betrayed by many a thriller in the past – the mystery was all in her head because she’s crazy! You know the trope. I’m over it, it’s ableist, and I was worried the book was going in that direction up until the end.

(Spoiler: It didn’t. But it was a close thing.)

On the other hand, because of the way things play out, I was left feeling unsatisfied regarding Kalah’s struggle with her sexuality. I get it. Things don’t always work out or end up neatly, and that’s realistic. I know that. But I don’t always want realism in my books, and what ultimately happens here is a queer girl who’s sad and alone at the end.

Speaking of the ending, what was up with that? It’s hard to discuss in-depth without spoilers, but is this a series? That ending left lots of things unresolved. I seem to be having a bad run with books being surprise series, and I don’t know that I like this trend. What happened to books clearly indicating that it was the first book of a series if it does not standalone?

When I read mysteries, I expect some questions to be answered. When I read thrillers, I expect some justice and order to be restored to the book’s universe. The ending of Vanished may have answered many questions but there was no justice. Someone literally gets away with murder, and Kalah can’t do anything to stop them. Call me an idealistic reader, but that leaves a very bad taste in my mouth.

If this is the first book in a series, then it also changes how I view this entire novel. Instead of standing on its own, it becomes a lengthy set-up for a cat and mouse game that’ll continue throughout the sequels. I think for me to be invested in that possibility, I needed to have seen a hint of the twists and turns to come.

It’s been a while since I’ve read a book where the ending soured my reading experience. It definitely drives home the idea that endings are what sells people on your next book. Even if the ending was meant to hook me for a sequel that continues the cat and mouse game, it still failed for me.

Maybe I went in with incorrect expectations. I thought this was one type of book whereas it’s actually something else. It’s still a shame. C-

→ Jia
Previous article: REVIEW: All for you by Laura Florand
Next Post: I Watch, Do You Watch?