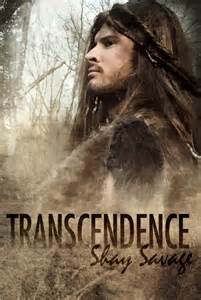 It’s said that women and men are from two different planets when it comes to communication, but how can they overcome the obstacles of prehistoric times when one of them simply doesn’t have the ability to comprehend language?

Ehd’s a caveman living on his own in a harsh wilderness. He’s strong and intelligent, but completely alone. When he finds a beautiful young woman in his pit trap, it’s obvious to him that she is meant to be his mate. He doesn’t know where she came from, she’s wearing some pretty odd clothing, and she makes a lot of noises with her mouth that give him a headache. Still, he’s determined to fulfill his purpose in life – provide for her, protect her, and put a baby in her.

Elizabeth doesn’t know where she is or exactly how she got there. She’s confused and distressed by her predicament, and there’s a caveman hauling her back to his cavehome. She’s not at all interested in Ehd’s primitive advances, and she just can’t seem to get him to listen. No matter what she tries, getting her point across to this primitive but beautiful man is a constant – and often hilarious – struggle.

With only each other for company, they must rely on one another to fight the dangers of the wild and prepare for the winter months. As they struggle to coexist, theirs becomes a love story that transcends language and time.

I hadn’t heard of this book until either it or “Surviving Raine” (sorry, can’t remember which) was featured by Jane during our Daily Deals a few months ago. Any mention of it was immediately followed by an out pouring of “OMG you’ve got to read this!” comments. It certainly sounded unique so I took a chance and bought it then.

Okay. This was different. As you say – not a man acting like a caveman but an actual one. It’s funny in a “men still act this way” way even if maybe it wouldn’t be accurate but, WTH, we were in Artistic License Land here and due for a long stay.

Ehd is thrilled to have someone else living with him again and a young mate at that. Hooey! He’s not alone anymore. I know I’m dating myself but his reaction to her hair reminded me of the old shampoo “Gee, Your Hair Smells Terrific.”

Poor Ehd doesn’t understand Beh at all. Does she like him? Does she realize he can provide for her? Will she gather plants and weave baskets like his mother used to? Even cavemen compare their mates to their mothers. So far Beh doesn’t seem impressed with Ehd at all and he’s truly worried. Plus he wants to give her babies. Typical man. In fact he’s pretty fixated on this.

He’s like a puppy. Eager, confused, eager, fascinated, eager, confused, confused, eager. He even touches noses. But he’s not enthused about the strange noises she keeps making. Noise, noise, noise. What’s the point? Then more noise. It’s nice when she doesn’t make noises even if one of them is his name sound. But she’s his mate and if he’s got to put up with it, he will. Sigh.

It was getting old and I was not even to the half way point.

Beh was a bit of a tease. I’m sorry if that sounds anti-female but she kisses Ehd, a lot – something he decides he likes, a lot, she strokes his face, she lets him nuzzle her, etc but when he thinks he’s gotten the go ahead for baby putting – and in his defense he doesn’t try and be sly about what he thinks this is leading to, she makes the “no” sound, a lot. Once? Okay Ehd’s a good man to listen to his woman. Twice? We’re still getting our signals crossed. As many as depicted here? Honestly, what does Beh think this behavior is leading to? Really.

Has anyone else watched the MST3K take on “Eegah?” I couldn’t get this out of my mind as I continued to read.

Once Beh allows Ehd to start putting a baby in her, they go to town. Now how is it that he can figure out “the spot” while modern men need a road map and neon arrows? Got to hand it to Ehd, he’s a happy soul and just wants for Beh to be happy too. And put a baby in her.

However by this stage in the game, I was getting bored. Sorry but I need more than this in a story. And even though I acknowledge artistic license, there is a strange and jarring dichotomy in Ehd’s mental vocabulary. He thinks about lying down beside an injured Beh until he doesn’t wake up again then later calls it death, then casually thinks about the color pink, pre-ejaculate, a placenta, the boar’s carotid artery and knows a word for the clay vessel that Beh makes in which to cook soup though he’s never seen one before. Yet he can only repeatedly call Beh’s shoes something like “those things on her feet.”

Then suddenly near the end of the book, their first baby gets sick and WTH?? I’m as confused as Ehd is. From the epilogue, I get an idea of who this new character is but how does he get there, why is Lah gone so long and what is this black object he leaves? Is it an Ipad, a laptop, or something else and how will these work with no electricity? The epilogue – or is it a prologue? – explains a bit about this section but not all of it.

I have to admire the bold choice of hero and the “way the fuck back” time travel. Telling the story from a non-speaking character’s POV is not something I thought could be pulled off yet it was. But the repetition, repetition, repetition followed by the endless “baby putting” – see more repetition, concluded by a bizarre “WTF just happened here” ending had me skimming by the half way point just to get through to the end. C-

→ Jayne
Previous article: Fire Chrome Hell This Should be Awesome
Next Post: Daily Deals: Funny girl in the city along with witches, doms, and models