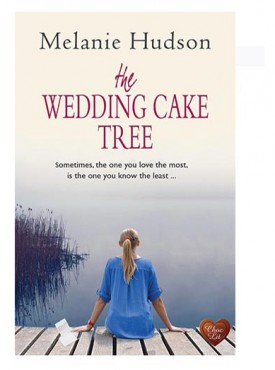 Can a mother’s secret past provide the answers for a daughter’s future?

Celebrity photographer Grace Buchanan has always known that one day, she’d swap her manic day job for the peace and quiet of her beloved childhood cottage, St Christopher’s – she just didn’t expect it to be so soon.

At the reading of her mother’s will, she’s shocked to learn that she hardly knew Rosamund at all, and that inheriting St Christopher’s hangs on one big – and very inconvenient – condition: Grace must drop everything for two weeks and travel the country with a mysterious stranger – war-weary Royal Marine, Alasdair Finn.

Caught in a brief but perfect moment in time, Grace and Alasdair walk in Rosamund’s footsteps and read her letters at each breathtaking new place. As Grace slowly uncovers the truth about her mother’s incredible life story, Alasdair and Grace can’t help but question their own futures. Will Rosamund’s madcap scheme go to plan or will events take an unexpected turn?

An emotional, fun-filled and adventurous journey of a lifetime.

It was the bizarre opening scene in the solicitor’s office – complete with a turtle that can give give you the side eye while still being encouraging – plus the heroine’s slightly dazed “what’s happening to me” reaction as the scene unfolded that snagged me. Oh, and the mother’s letter that was loving, nagging and sounded as if she was right in the room while Grace was reading it. The whole experience and the instructions in the will just took surreal to the next level. Or maybe beyond.

Grace’s mother had a way with writing her letters – they feel so immediate, so “she is right there, sharing a cuppa.” Mentally I had Penelope Wilton’s voice as hers. Oh and doesn’t Grace’s mum’s house sound delicious? Wonderful and verdant, bursting with flowers and love all nestled in a Village of the Year winner.

Yes the whole thing is crazy but Grace can’t ignore the directions and final wishes about her mum’s ashes and Alasdair gave his promise to a dying woman. Both are honorable and committed to seeing mum’s will be done. Plus Alasdair is eye candy, an easy companion, used to giving orders and competently commanding attention and cooperation from others – all due to his military time. He’s capable and practical and I can vouch for his advice to Grace about keeping her back to the wind while spreading ashes.

It quickly becomes clear that Grace’s mum hoped this would be a life changing experience for Grace. Of course the journey isn’t just for Grace but for others as well. Alasdair with his military intelligence background has some keen insight to keep Grace going as she gets more bewildered. Now she’s finally learning about her mum as a woman and not just as “mum.” Rosamund is making sure Grace finally knows about her. And at least she’s fairly obvious about trying to get Grace and Alasdair together.

Grace began the book resistant to the directions she was given. But Alasdair can talk Grace around. To osprey watching, to a woodsman hut with no electricity, to a lot of situations I would say “no way, buddy.” Grace does come around fairly easily though. In fact, she’s actually a pushover. All bark and no bite. I kept waiting for her to put her foot down about something but the moment never came.

At halfway point though, the whole “let’s shift Grace’s perception of life and get her to live it instead of just watching it through a camera lens” was going frightfully easily. For instance, Grace announces to Alasdair that she doesn’t like singing in public, in fact it sometimes makes her physically ill, but fairly soon – just wait for it – that’s exactly what she’ll be doing and with no apparent ill effects or hangups.

He then reveals that Rosamund promised another military retreatist that Grace would sing at his wedding. Up until this point, Rosamund’s manipulations have mainly involved Grace but here I start to get angry at dear old mum. What if Grace hadn’t changed her mind – again overnight – or what if while singing she had got physically sick as she was prone to do? Wouldn’t that have provided a keepsake memory for the groom and bride plus wedding guests? March Grace around the country in order to get her inheritance but don’t risk someone else’s special day.

At this stage I was getting tired of Grace as the woman who doth protest too much whose protestations end as tempests in a teapot as well as everyone chivvying her into things as if she’s some sulky child who doesn’t know well enough her own mind and just needs pushing in the “right” direction. I was also losing patience with Rosamund’s scheme. As more details emerge about her life, she started to come off less well to me. She did have reasons for some of the things she did, yet others seem incredibly selfish. Okay, life is messy sometimes and we can’t control the outcome but when I learned certain things about Rosamund and saw her choices in what to tell Grace over the course of Grace’s life, I was annoyed.

The romance also took a dive, for me, as it turned into a sort of sappy saga. There’s a melodramatic separation that goes on for months followed by a far too easy reunion. The ending of the book is a bit of a mess with others seemingly still arranging Grace’s life for her. Was her journey for nothing more than mum jerking her around for something she’d, in the end, not even get? The book started with such promise but by the finish, I’d resorted to skimming. C-