Note: I am so sorry for this posting and the not posting. I have a problem of prescheduling and then not paying attention to what is prescheduled. 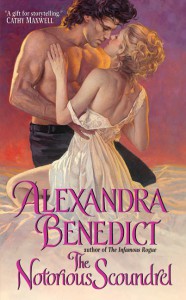 This is my first book of yours and while I liked that the characters were from the non landed class, I felt like you didn’t take advantage of the potential for an original setting. Instead the characters looked and sounded as if they were part of the ton, perhaps to evoke a sensibility in the reader unnecessarily.

One bored night, Edmund goes to what is described to him as “the most wicked” whorehouse in London where he is entranced by a veiled dancer. The veiled dancer is Amy Peel. Amy, the heroine, provides one of the most contradictory form in the book.

How Amy kept her virginity, having lived in the slums for ten years (age six to sixteen) prior to being found by Queen Rafaramanjaka, is unknown and unexplained. Amy has a mysterious past. She was not slum born. The origins of her birth unexplained. Yet, Amy who grew up in the streets, flash houses, and rookeries speaks with the diction of the well educated. In an early exchange with Edmund who she believes to, Amy says “An educated thief. I’m impressed.” Her monologues match those of a learned individual (this is particularly noticeable given that Amy can’t read).

She looked back at Quincy. A good thing he was a gossip, for she'd learn little about their unique family dynamic from the surly Edmund. For instance, she'd discovered there was a significant age difference between the brothers, stemming from the fact that their father had been away at sea for more than a decade, pressed into naval service. Upon his return, the family had expanded, and so had their maritime ventures with the acquisition of the Bonny Meg , their ancestral ship.

Amy also is supposedly saving every penny she can to get away from her wretched life under Queen Rafaramanjaka. She plans to save enough money to live out the rest of her life in comfort. Yet she buys gilt hand mirrors, perfumes, damask window treatments, a croquet set, brass candlestick holders, and boxes and boxes of gloves.

I understand that you were trying to show us that Amy was a misfit and allude to some mystery of Amy’s past life, but not only was it heavy handed but it wasn’t consistent with the way in which she purportedly lived her life. It sounded like she was a spendthrift.

Edmund saves Amy from a kidnapping attempt, suffers amnesia and Amy houses him for his safety. Edmund chafes at Amy’s chosen profession. Rails at her choice and urges her to quit (and do what, Edmund?). Conveniently Edmund recovers from amnesia and whisks Amy off to his home, hoping to train her to become a lady’s maid or companion. Edmund is convinced that no one will discover her because no one pays attention to his home (but see infra the reference regarding how the haute monde likes to gossip about the Hawkins brothers? Who cares about internal consistency when forwarding the plot, right?)

Edmund has to fight for the right to house Amy when his older brother tries to suggest that it isn’t appropriate. Edmund doesn’t want to let Amy out of his sight and his brother, Quincy, addicted to opium, needs help as well. Edmund feels like he is always being treated as a child by his older brother and wants to prove that he isn’t the derelict bounder that he has been labeled.

When the true origins of Amy’s past are discovered, Edmund is beset with new insecurities while Amy tries to be happy with the life she thought she always wanted.

I felt like we had one trite storyline after another. First, the rags to riches portrayal of Amy. Then, the amnesia plotline followed by the Henry Higgins/Eliza Doolittle storyline. It is capped off by the lost heir, the unwanted forced marriage and the convenient virgin. The ending was a surprise though.

I did appreciate that Edmund and his brothers didn’t totally have a lovefest but that Edmund strained against his place as the middle and irrresponsible child. Amy was a fairly weak character and the romance between the two was flat. C-

This is a mass market published by Avon, a member of the Agency 5. Pricing is set by Avon for the digital books.