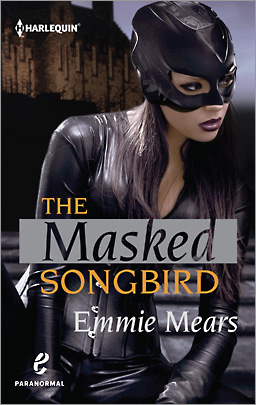 Mildly hapless Edinburgh accountant Gwenllian Maule is surviving. She’s got a boyfriend, a rescued pet bird and a roommate to share rent. Gwen’s biggest challenges: stretching her last twenty bucks until payday and not antagonizing her terrifying boss.

Then Gwen mistakenly drinks a mysterious beverage that gives her heightened senses, accelerated healing powers and astonishing strength. All of which come in handy the night she rescues her activist neighbor from a beat-down by political thugs.

Now Gwen must figure out what else the serum has done to her body, who else is interested and how her boss is involved. Finally—and most mysteriously—she must uncover how this whole debacle is connected to the looming referendum on Scottish independence.

Gwen’s hunt for answers will test her superpowers and endanger her family, her friends—’even her country.

I hate to say but the start of this book is rather pedestrian. Put-upon heroine Gwen has a job she likes working for a boss from hell she loathes. Her boyfriend is a shit – which is obvious to all even Gwen – but she puts up with him anyway making me want to shake her numerous times. She is in debt to her eyeballs, and gets rained on both literally and figuratively. So far it’s not much different from countless romance (Chick Lit) novels we’ve all read.

Then Gwen suffers a horrible accident at her workplace and, after dragging herself into the bowels of the building, drinks something and is eventually found and taken to hospital. Slowly, very, very slowly, she begins to experience the growth of her new powers while still not understanding how she got them or what to do with them.

Meanwhile, she becomes better acquainted with a neighbor who is apparently working for Scottish independence and keeps running afoul of some mysterious bully boys and girls who want to silence him at any cost. From the blurb, I knew that the Independence vote was important but this thread is tenuously woven through the opening half of the novel to the point where it almost disappears besides Gwen’s haplessness. Where’s the AYE! I wondered?

I know that Gwen’s initial description and background is supposed to mimic the typical mild-mannered superhero but it also cuts too close to the downtrodden romance heroine trope that I loathe – Dump shit on her head until lurve saves her.

There are also some editorial continuity issues I was surprised to encounter in a Harlequin book. While I dislike visiting Ochlassieland, I noticed a curious lack of UK/Scottish slang/words/terms here except for every once in a while when someone might utter an “och, aye.” A little more might have helped me feel the setting better.

Gwen’s boyfriend is a annoying twat. He’s self absorbed, answers for Gwen and thinks he’s entitled. Thankfully, there’s another male character I can root for in Taog – and thanks for including a pronunciation guide to his name early so I didn’t spend half the book thinking is name vaguely rhymed with bog.

Roommate Magda is delightful too – though she veers between roommate and flatmate. With Magda’s fashion savvy and skills, when Gwen finally goes out to fight evil, she’s dressed for success – even if the stretchy material of the tights does give her a wedgie.

As for the mystery of Gwen’s un-looked-for skills, the explanation makes a weird kind of sense or at least it’s enough for me to play along from home. As for the villain, she’s a piece of work, though the other reason for her actions remains elusive for a long, long time.

Finally, the plot gets down to business and the explanations come thick and fast though often in expository, “let me stand here and tell you everything” fashion. Part of the book’s charm is how clueless Gwen can be as she works to master her powers and understand the evil intentions of the villains. However this same cluelessness, continued on for chapter after chapter, ended up frustrating me and causing me to start to skim to the finish.

This book was a bit darker than I thought it would be – bodies litter the ground by the end – and Gwen’s crime fighting more haphazard. It also dragged, a lot. The outcome was positive though the cost was dear. From what I can tell, there is a sequel planned for Gwen and Co. What it will be about is something I can’t guess. Honestly I’m torn as to whether I want to continue since I found large amounts of this story unsatisfying and am grading it at a C-.