REVIEW: The House on the Hill by Miranda Barnes 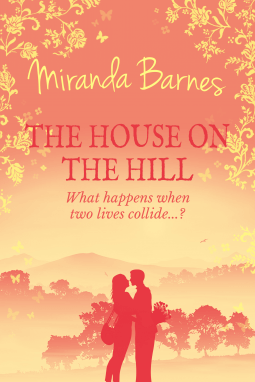 Kate Jackson likes her quiet life. She lives in a quaint Northumbrian village, working as a self-employed gardener. On the hill adjacent to her land is a seemingly deserted property, neglected for over a decade and in dire need of some care. Robert, Kate’s boyfriend, fancies the land for property development, but nobody seems to know who even owns it now, after its prior owner died in old age some many years previously.

Then, Kate and Robert each encounter some activity over at Hillside House and start to think that perhaps it isn’t so deserted after all. They have a new neighbour, Elek, and nobody seems quite sure how he ended up there, but Kate finds herself oddly eager to uncover the mystery of his sudden appearance…

As the mystery unravels, so too does the relationship between Kate and Robert as Kate grows increasingly disenchanted with Robert and his mercenary outlook. Soon Kate and Elek’s friendship grows closer and blossoms with the promise of something more. Could Kate’s quaint little world be smaller than she thought?

The House on the Hill is a gentle novel of a quiet life, mystery, change and a touch of romance.

I enjoyed the other two books of yours I’d read, so when I saw this one, I jumped on it. For two thirds of it, it looked like I was going to get what the blurb promised. Then, well, it went a bit wonky on me.

Kate Jackson is a bit more assertive than I’m used to in your heroines but I liked it enough that I could stop thinking of “Charlie’s Angels” every time she said her name. Her older friend, Frances Murray, is a dear even though her name reminded me of another author. Elek doesn’t initially show to best advantage but given time we come to discover why he so angrily ordered Kate off his land.

From the first, Kate is determined to discover who this mysterious man is who has somehow come into possession of the house and land next to her Northumbrian cottage. Her almost fiancé wants to know the information too since as a land developer, Robert has an interest in getting Elek to sell him what could be a prime investment opportunity. Kate, on the other hand, wants things to stay just as they are – a feeling shared by Frances.

Kate turns sleuth but initially runs into dead ends trying to learn about Elek and his property. After she gets to know him, Kate’s feelings start to change and before long, she’s almost stopped digging into the mystery and instead has Elek, an experienced former gardener, working for her landscape business. The two get on well, so well that when Kate and Robert call it quits, Kate hardly cares.

The story line makes sense and believably brings Elek and Kate together as friends, colleagues and then as – I assume, though it’s handled so delicately I’m not actually sure – lovers. If the story had ended here, I’d have been happy and satisfied. Unfortunately, something makes Kate begin to dive back into the mystery of the property. The narrative keeps hammering home that Elek and Kate – though really it seems more Kate – just have to solve this though why on earth this was so earth shatteringly important, I never got. It’s a case where the plot demanded it but way past where it would have made sense IRL.

Secrets are somehow unearthed once Kate spends too much time on it for the book and what would probably be way too little time IRL given how little she had to go by. Then Kate has almost the nerve to go to someone and demand answers to which she really has no right then get miffed when the holder of those secrets objects. Really, Kate? By what right can you get upset about this? I had already basically figured out most of it but the truth comes as a shock to Elek. Then just as quickly he seems to get over it and be just fine. No, I didn’t buy it.