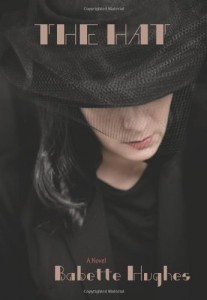 In 1931 it was a struggle for most people to survive. Times were hard and jobs were scarce. When Kate Brady was let go from Shapiro’s Bakery, she felt helpless rage and terror at what would happen to her next. Who would hire her now and how would she live? Her alcoholic mother couldn’t support them both and her Catholic father was long gone. So when frequent customer Ben Gold began to ask her out, Kate numbly drifted into a relationship with him.

Though her best friend tried to warn Kate about the company Ben kept, for Kate he was her knight in a shining black Packard. He was food when she could afford none, a house instead of the rundown apartment she shared with her money and glamorous clothes that made others stare with envy. Kate held out for marriage even if she didn’t want her mother there and her friend wouldn’t come.

But it doesn’t take long for Kate to realize that something is wrong. Terribly wrong. Ben refuses to tell her about his business or where he goes with an associate at night. He can turn from kind to a murderous rage in a heartbeat and soon Kate is sure her friend was right and the price she’s paying for security is far too high. But it’s only when Kate has found true love and is trying to escape her gilded cage that she discovers just how far Ben Gold will go to keep what is his.

I don’t know if it was meant to be included in the e-arc I got but a foreword bit of information revealed exactly what was going to happen at the end of the book. This removed almost all the tension in the plot for me. I mean, from the information at your website, I knew what would happen to Ben Gold but to have everything told to me before I’d even started the book was, honestly, a let down.

Kate is the first person narrator. Since she needed to be kept in the dark about Ben’s life and business until close to the end, I can understand why you chose to do this. But Kate isn’t the most insightful person and for much of the book she’s focused almost solely on herself. Frankly, she got a bit boring. Except when she got excited and then she’d be almost hysterical with melodrama. For most of the story though, she came across as a little girl playing dress up.

The details of the life that Kate leads are extensively described. I can see Ben’s flashy, gaudy house, the shine on his big car, the beautiful clothes he decks Kate out in. But for all that, I felt curiously detached from it. Somehow it never came to life for me. Instead it’s just Kate reciting a long list of what things looked like. It was like I was just looking at a faded black and white picture rather than a living, breathing town and the people of it.

Your website also told the cause that would make Kate try and break free of Ben and his world. So, again, I knew what was coming and when it arrived, there was no surprise. Nor any surprise at the outcome of Kate’s rebellion. And even though I know this isn’t a romance in any sense of the word, with the outcome already known to me, I felt I had nothing invested in what Kate was doing as I knew it was hopeless.

I ended the book with the feeling that this could have been fascinating. That these characters should have grabbed me and not let me go until the final breathless minute. But instead, though I was interested how the story would move towards the ending I already knew, I felt detached from it all. And that’s not what I want in a reading experience.

No ebook that I can find