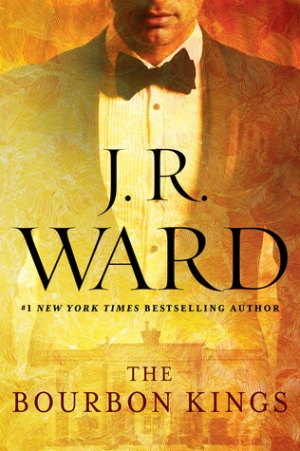 *There is a spoiler at the end of this review. It is hidden, so unhide at your own risk*

After reading the first two chapters of The Bourbon Kings, I was going to go with relating the book to the grandmamma of all catfights, but about 60% into the book I realized this was more like John Wick than Dynasty. 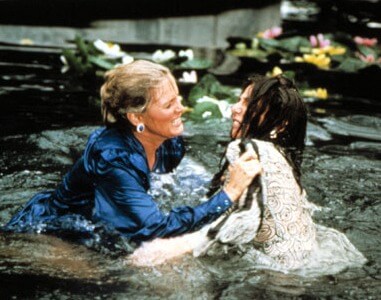 John Wick was one never-ending action sequence. It was somewhat entertaining on a slow Saturday night, with a never-ageing Keanu Reeves who has very few breathers between 20 minute + action sequences. The pauses from the gunjitsu were pretty minimal in terms of character development.

The Bourbon Kings reads like the nighttime soap version of John Wick. Constant crisis from every single direction: sickness!, scheming women!, lies!, fraud!, sex!, backstabbing!, sex!, with few breathers. The character development is deeper than John Wick, but not by a wide margin. The book has a number of parallel story lines, all of which are loaded up with the same level of trainwreck. I don’t mean dramatic tension here, I mean circumstances, actions and reactions that are constantly and consistently going sideways. There is such a nonstop overload of it that I paused for a night and read another entire book because I needed a break.

The action begins in Charlemont, KY at Easterly, the city-sized Bradford Family Estate. The Bradford family made, lost, made, lost and made its fortune in bourbon, and there’s plenty of both liquor and money flowing throughout the book. The entire place is in high gear as preparations are underway for the massive brunch prior to the 139th running of the Charlemont Derby (clearly repurposed KY Derby). The Derby is the event of the year, and everyone who’s anyone (the President? Heads of State? The KY Football Coach? Yeah, all there.) comes to Easterly to brunch before the Derby.

The current Bradfords are controlled by William Baldwine, who married into the Bradford family and is completely despicable. When they were young, William beat his children. Now he ignores them, treats his wife like she doesn’t exist – and essentially, she doesn’t – is a womanizer, a pig and misogynist bar none. He is evil with a capital E. William’s wife, Mrs. Bradford, is stoned on prescription drugs and never leaves her room, and it seemed like she never did way back when either.

The Bradford Baldwine children are Edward, the oldest who is both mentally and physically questionable after being taken hostage for ransom; Max, who only appears in flashbacks and is hiding out on the left coast; Lane, a directionless spoiled bad boy who destroyed Lizzy King (the head horticulturalist at Easterly) and doesn’t have a set of balls to be found; and Gin, possibly the most spoiled, self-absorbed, gross person ever, but frankly no worse than any of the other characters. You try to vilify Chantal (Lane’s wife – that is not a typo) as much as possible, but all of them are horrid. Lizzy isn’t much better, and she can’t say no to Lane for any reason, but automatically assumes the worst every damn time something happens. Yeah, I didn’t much like anyone in this book. Except maybe Sutton Smythe, the heir to the Bradford Bourbon’s rival distiller…but I’m not even sure about her.

The Bourbon Kings is less of a romance between Lizzie King and Lane Baldwine, and more of a full-on family saga focusing on all of the Bradford Baldwines and an entire cast of non-family members who play roles that vary in significance in the plotline(s) throughout the book.

While it all sounds fascinating, I had a number of issues with the book. One of the things I enjoyed from your Black Dagger Brotherhood series were the way certain colloquial references were thrown in, and the style in which you wrote them. I admit, I’ve never read any of your other work and this may be a mark of your prose, but I found it to be particularly jarring in this book. The first example that really jumped out at me was when Lizzy walks into the buzzing kitchen during Derby brunch preparations:

On the far side of all of the Gordon Ramsay, there was a heavy, swinging door that opened into a plain corridor full of cleaning closets, […]

So…there are lots of chefs screaming and calling each other Donkey? There are other examples of name dropping and shortened prose, but I won’t rehash all of them. I mentioned Dynasty earlier, and thought that it would be a great comparison, until I read this about halfway through:

As Gin threw out a toodle-oo wave, Lane stepped up and moved his body between the two of them so they could avoid an Alexis/Krystle lily pond moment.

Talk about pulling me out of the moment. There were other references to current day fictional dramas, including Downton Abbey, Sabrina, and probably others that I don’t remember. All of which I expect were meant to emphasize how much more TBK is in comparison, but I felt that none of them were needed.

As I mentioned before, I had a hard time finding anyone to like. Lizzy seemed pretty spineless, and Lane was right there with her in the spine department. Thinking back on it, I may be too hard on Lane, but I felt that until he was faced with a true crisis I kept referring to him as “Lame” in my head. And his treatment of Lizzy seems cavalier, hitting the no-no on my romance button. Along with my inability to connect with the folks at Easterly, there was a whole timing thing. Timing is everything, and everyone in the book suffers from major timing fail. I could easily reel off four examples of mis-timing with different characters that resulted in even more horrible outcomes, and after a while it became frustrating.

So you may be wondering why I kept reading. Well, about 70% of the way through the book, what appeared to be manufactured drama à la Real Housewives morphed into actual drama, and I became interested. If you want to really know why, be warned, I’m spoiling stuff:

William’s body is found in a river. I was unsurprised by William’s death, but was shocked that no one assumed murder, which I did automatically. Really, a guy with that big of an ego was going to kill himself? Not gonna happen. It seemed like he had figured out how to hide all of the money he embezzled, so he could go on fooling everyone. My money is on Chantal for the murder, so now I have to read the next one to see if I’m right.

If you read the spoiler without reading the book, shame on you. Ok, 432 pages is a commitment, and I’ve just told you my eyes were rolling around in my head like pinballs for most of the book, so I won’t shame you too badly. Yeah, I’ll be picking up the next one in the series to see if my educated guesses are right, but this one gets a C-.