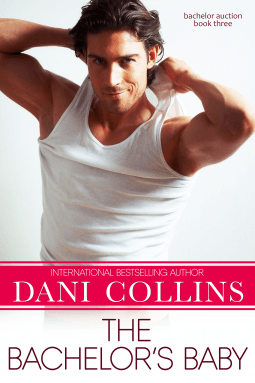 Your date with Bachelor #3 includes champagne and chocolate in the limo that collects you, a helicopter tour of Marietta and the surrounding mountains and valleys, and dinner at a five star restaurant in Great Falls. While oil baron Linc Brady wines and dines you, a main service will completely clean your home.

Who could resist this tempting offer, but Meg Canon plans to do just that. She is only home to clean out her childhood bedroom for her brother’s new step-daughter and then she’s outta her childhood small town and back to her life in Chicago, but when she meets the sexy, renegade millionaire while she’s stuck in the snow, sparks fly and Meg is tempted to maybe stay a little longer.

Linc Brady is new in town and happy to help a kid in need, but this? Technically he doesn’t owe Meg a damned thing after she bids on him, after setting him up for the Marietta bachelor auction in the first place, but her high-class city polish is his fatal weakness and makes her impossible to forget. When she agrees to come home with him, he makes it clear he’s a confirmed bachelor. This is a one-night thing. One night that turns into nine months and maybe a lifetime…?

I have to be honest and say that neither main character comes off as very likeable to begin with. Their initial meeting isn’t that cute and Meg gets all starchy about Linc putting out feelers for a possible hawt date. Okay it’s not that smooth a move on his part but he merely asked. Then he gets all grouchy about getting roped into being a bachelor and makes Meg feel very uncomfortable. In some of the other novellas, the bachelors haven’t been thrilled about the whole idea but this is the first time I’ve felt uncomfortable about a man’s sulking and anger. Things aren’t any better before the auction though during it I enjoyed them bidding against each other to raise the ultimate amount to be donated.

Linc does put for the effort to clear the air between them which thankfully Meg gets in the swing of. Since this was the 1/3 mark of the book, it was about time they stopped being mad. They have a “what the heck, it’s only one night” decision to engage in pages of blazing sex. Pages and pages – which is fine except that this is a novella and there’s still a lot of story seemingly needing to be covered.

Ah – looks like a secret/unexpected baby plotline. Haven’t seen one of those yet so I’m not too surprised and yeah, there is the title to give this away. Linc and Meg are both surprised given that they thought they used protection properly. When told about the “oops,” Linc responds badly. Meg’s hormones don’t let her take his initial reaction well then suddenly! he makes the decision to not only have Meg move in with him but for them to get married. It’s not for love and fluffy bunnies, thank goodness, since that wouldn’t have worked for me. The practical “it’ll save on rent, utilities and my insurance plan is better” aspect plus his memories growing up with a widowed mother does.

Meanwhile Meg can’t keep herself from drifting into romantic daydreams which border on “high school crush” territory. Thankfully though at first she resists Linc’s insistence on them getting married just for the baby. The issues she is ready to face with an unplanned pregnancy and possibly as a single mother do give her some insight into why her mother might have placed her for adoption.

An averted medical emergency coupled with a few weeks of living together serve to finally get them on the same “marriage page” but I still felt that Linc’s sudden “whole hog” change of heart was too fast while Meg’s emotional teariness wore thin. This coupled with my initial feelings on the characters didn’t do this novella any favors. C-

→ Jayne
Previous article: I Watch, Do You Watch?
Next Post: Monday News: Ageism and gendered rage, beauty and the male gaze, social media’s danger to women, and the feminization of domestic fiction