REVIEW: Teatime for the Firefly by Shona Patel

When this book appeared on Netgalley I was intrigued. I’m always looking for unusual historicals, and a book set in 1940s India certainly qualifies. Moreover, it is written by an author of Indian origin, telling the fictionalized story of her parents and larger family. That is more than enough to sell me on trying a book and I downloaded it immediately. I wish the book had worked for me, but it was a very problematic read. 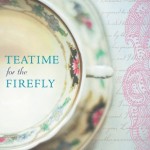 The story opens in a small town in eastern India, in the province of Assam in the last days of British colonial rule. Layla Roy, the narrator, has been living a relatively uneventful life with her grandfather, a retired District Judge, when she meets and falls immediately in love with a visitor, Manik Deb. Manik finds her appealing too, but there is a hitch: Manik is engaged to Kona Sen, the daughter of a local, very wealthy businessman. Layla and Manik get to know each other when he visits the Judge, but their friendship can’t progress. But then Manik quits his prestigious Civil Service post and accepts a position as an Assistant Manager in a British-owned tea plantation in a remote part of Assam. This causes the Sens to break the engagement because Manik’s contract forbids him to marry for three years. During those three years Manik and Layla correspond, and when the terms are fulfilled Manik proposes to Layla, who happily accepts and journeys to Assam to become a tea planter’s wife. Manik is the only Indian Assistant Manager at the plantation, and the only other Indians are the Assamese plantation workers, so Layla is the sole Indian wife.

Teatime for the Firefly is accurately categorized as historical fiction rather than genre romance, and while the relationship between Layla and Manik is important to the story, there is little conflict since they are married early in the book. It takes them a while to become intimate, and the scenes leading to that moment are sweetly depicted, but this is really a story of Layla’s and Manik’s life in the tea plantation, with the transition from colonialism providing a backdrop that comes and goes.

Layla is an engaging narrator, and the author does a very good job of evoking the sights and feel of the setting:

We drove into the open countryside on narrow bandh roads, built on embankments that sloped down to rice fields. We passed through a small Assamese village, a small huddle of green surrounded by the striped expanse of plowed rice fields. Each village had a cluster of sleepy mud houses with low-fringed thatched roofs hemmed in by lopsided fences. Pendulous gourds clung to the thatched roofs. Creepers and elephant-eared taro, banana and areca palms grew abundantly in handkerchief-size plots. Tiny ponds winked gold and emerald-green in the flitting sun where ducks wagged their bottoms among purple water hyacinths. Slim-waisted Assamese women dressed in the traditional three-piece mekhela-sador, with orchids in their hair, swayed down narrow paths with mud pitchers balanced on tilted hips.

But she is less sympathetic, and less insightful, when it comes to describing the people around her, especially other Indians. Kona’s father, the wealthy trader, is described as an unscrupulous businessman with oily hair and hands bedecked with rings. It’s not clear why he is described in such a pejorative and stereotypical way, since he plays a very small role in the book.

Even more problematic is the depiction of the local, non-Bengali populations in the province. Layla’s grandfather describes the Ahom people, Assamese who are rice farmers in the rich land of the Brahmaputra river delta:

“They are a simple, pastoral people,” said Dadamoshai, “of Sino-Burmese descent. All they want to do is chew their betel nut, drink rice wine and live life lahe-lahe.”

“Slowly-slowly,” said Dadamoshai. “This lazy mentality of the Assamese has kept them in the dark ages while the rest of India has marched on.”

If I hadn’t known who was speaking I would have attributed these ideas to British colonizers mired in the 19th century. In fact, Layla’s grandfather seems to see himself as having more in common with the British than with his fellow Indians. He wants to introduce English in school as the medium of instruction rather than Indians’ native languages and sees the independence movement activists as opposing his reason and common sense in favor of their personal ideological agendas. It’s not a view of Indian independence movement leaders that I’ve heard voiced by Indians very often, I admit.

I mentally shelved these opinions as not too unusual among the collaborating Indian class during colonialism and kept reading. But when Layla goes to Aynakhal, where the tea plantation is located, she exhibits much the same attitudes. The plantation workers, who are a mix of locals and immigrants, are described as childlike and happy to be told what to do by their masters when they are behaving, and as menials, riffraff and thieves when they are not. Layla shows almost no interest in the Indians around her, but she’s thrilled to be accepted by the British wives:

“Did you know all this before you became a tea planter’s wife? How did you even know what to do?” I was beginning to feel a little panicked.

“I married Ian when he was a Junior Assistant, and his man- ager’s wife, Mrs. Barter, was a very kind and lovely lady. She took me under her wing and taught me everything. She was like my surrogate mother, really. I was very lucky to have her.”

“Will you…? Can you please teach me the things I need to know?” I asked hesitatingly.

“Of course, duckie,” Mrs. McIntyre said, giving my hand a little squeeze. “I will show you everything. You will make a fine memsahib for your man.”

None of these exchanges are presented in a critical or self-reflective way. The reader is expected to sympathize with Layla in her quest to be the perfect memsahib (housewife) for Manik and to happily accept her belief that Manik is mai-baap (literally mother-father) to the childlike, trusting workers.

The evocation of the tea plantation and the countryside is effective and makes you feel as if you’re there. But you’re also, as a reader, transported to a time and place where pejorative, ignorant stereotypes are widespread and a class of Indians has a strong stake in continuing colonial rule. There is a happy ending: Layla and Manik survive the violence of the transition to independence and Manik is promoted to General Manager of the tea plantation. India, presumably, survives and thrives as an independent nation, but you won’t learn that from this book.

If you want to read a historical novel where colonized upper-caste women learn how to make jam and deplore the changes brought by the end of colonialism, or you just want to immerse yourself in the daily life of a bygone era, this book might work for you. But if you want to read about what life was like in India for Indians who were not advancing their lives and careers by partnering with their colonial overlords while remaining ignorant about the needs and desires of their fellow citizens, give it a pass. Grade: C-