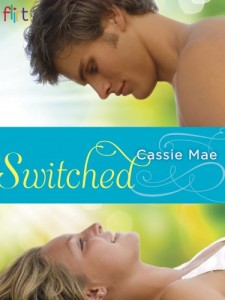 I have a soft spot for romances about people in love with the wrong person. Doubly so when it turns out someone else is more suited to them and the story is about them learning that. The premise of your new adult novel sounded like it would deliver. Unfortunately, a trope can’t carry itself.

Kayla has been in love with Talon for as long as she can remember. (I’m not even going to comment on the name.) Too bad Talon’s dating her best friend, Reagan. To complete the love rectangle is Talon’s best friend, Wesley, who has a thing for Reagan.

So what are the third and fourth wheels to do? Try to break up their best friends’ relationship, of course. Because that always ends well.

Normally, I avoid stories about people actively trying to break up other people’s relationships. It’s just not a narrative I like. But I thought it fairly obvious in the book’s cover copy that all would end well. Maybe this was a risk to assume in a new author but surprisingly, I had faith. So wary readers, rest assured. You don’t have that to worry about.

Unfortunately, while the book does follow the trope to its tried and true end, I did not find it satisfying. The plotline was so straightforward and obvious, it actually began to bore me. I realize this is a strange comment to make. Tropes are, by their nature, straightforward and obvious. But the closer a story sticks to a trope, neither subverting nor building upon it, the more the execution has to shine. Switched didn’t shine for me.

Part of it is because I thought the characters lacked layers and nuance. Yes, Kayla is trying to break up the relationship between her best friend and boyfriend so she can steal the boyfriend away. Yes, she knows this is wrong and makes her a terrible person. But… that’s it? That line of thinking needs to go one or two steps further to add that crunchy characterization we all love. Obviously, breaking up your best friend and her boyfriend is bad. That needs no explanation. The story needs to go further to make it interesting. We caught a glimpse of it when Reagan reveals she knew Kayla liked Talon all along but she went after Talon anyway but the narrative shies away from exploring the ramifications of that. Such a bombshell would affect the relationship and it’s disappointing Switched didn’t go there.

I also thought the things Kayla and Wesley did to break up Reagan and Talon were easy. It didn’t even seem like they were trying, in all honesty. I expected serious shenanigans like actual sabotage but that didn’t actually happen. I felt the book was trying for humor in the way the characters were depicted and it didn’t really work for me. Maybe that’s part of the problem. Humor is so subjective and if it doesn’t hit a reader right, the story will fail.

One thing I did like is that the four of them are genuine friends. Even though Talon is a football player, he’s not the stereotypical cocky jerk. He seems like a nice guy who likes his girlfriend’s best friend as a person and not as someone he has to endure because of Reagan.

While Switched lacked the complexity and nuance I like in my books, I can see how its simple and straightforward story can be appealing. I thought the ending was very neat, pat and too easy, but the predictable ending can be comforting. Even so, it’s a C- for me.

P.S. – Random House, could you be any more obvious in whose book covers you’re “inspired” by?