REVIEW: Run to You by Rachel Gibson

“There’s nothing like fleeing Miami to ruin a girl’s day.

Stella Leon’s bartending gig was going fine until gorgeous retired Marine Beau Junger decked her mob-connected boss, spirited her out of the city, and claimed that Stella’s half-sister—the one with the perfect life—sent him. Now Stella has no choice but to go along for the ride . . . and seduce Beau’s military-issue socks off . . .

The Marine Corps was Beau’s escape from his old man’s legacy of naval heroism and serial philandering, but no amount of training could prepare him for the day he looked in the mirror and saw his father staring back. The answer: swear off meaningless sex. Oh, and find a way to make Stella Leon quit being so damn hot . . .”

We’re back for the (I think) 2nd book in this series and it’s about Sadie’s illegitimate sister Stella. Stella has always felt unwanted by her rich father who basically paid a huge trust fund to Stella’s mother to manage until Stella’s 25th birthday or marriage to keep them all away from the Hollowell family in Texas. Stella has never felt as good as beautiful blonde, debutante Sadie and has stumbled through life with a few jouvie incidents with the law and by working as a singer and bartender. She’s apprehensive about meeting her sister and stunned to learn that up til now, Sadie hasn’t known about her. 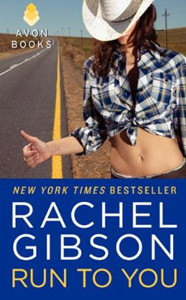 Beau is a former marine sniper who now runs, surprise surprise, a security company who has been tasked by his twin brother, who is friends with Sadie’s fiancé, to find Stella and deliver the news her sister wants to meet her. Only events don’t play out like Beau planned and he inadvertently gets Stella in trouble with her boss who has mob connections. Now Beau has to drive Stella from Florida to Texas and both of them aren’t sure they’re going to survive being in that close contact with the other without one of them committing murder. Can love bloom along the interstate?

I can take one or two characters being unlikeable or difficult but so many of them makes a book hard to read for me. Stella is a woman with some quirks and annoying habits while Beau is downright crude. And no I’m not going to give him a by based on 18 years in the military and a dickwad of a father. Being in the military doesn’t have to mean you’re a uncouth bore. Even Stella’s family sounds like a pack of bloodsucking leeches living off her trust fund. And then there’s her boss Ricky and his mob buddies. I was halfway into the book and not really liking anyone – including Beau’s mother who gives off a slightly creepy vibe and spills family secrets the minute she meets Stella, hinting that she wants her son to marry and start giving her grandchildren.

On the plus side, the plot is coherent and well thought out. It’s a road trip from Annoyance Land as these two tick each other off yet feel a strong sexual attraction. Neither of them will dive into that for two reasons – he’s tired of his “hook up for a night” lifestyle which suddenly reminds him too much of his philandering father and has decided to remain celibate until he finds his One and Only while Sadie is still a (technical) virgin depending on how one feels about oral sex and also waiting for Mr. Right before giving it up. Then suddenly after their night of hot and heavy in New Orleans – whether or not it’s sex depends on your idea of if Bill Clinton was right or not – feelings seem to be developing. Really?

Beau’s thinking Stella isn’t as annoying now that he’s gotten his hands on her fine ass while Stella is annoyed that she lost control and yelled she loved him as she hurtled towards her orgasm while he maintained his icy control. Added stress arrives now that they’ve arrived in Texas and the sisters meet but it just as quickly dissipates as Stella’s “feeling of inadequacy” plot line fizzes out.

Well, okay then what’s left to settle? Why it’s whether or not Beau will admit to any feelings beyond caring for Stella. She’s pissed, he’s confused and now off to help his twin brother in what will probably be the set up for a future book. Then, suddenly, Beau realizes his feelings are lurve. How did this happen?, he asks himself. And I’m wondering the same thing. There’s a grandiose public statement of love, delivered Marine style with sound/light effects but I’m sorry, I just didn’t see the love striking any more than Beau did. It is a fast read but not a very convincing one. C-

→ Jayne
Previous article: REVIEW: Life Without Friends by Ellen Emerson White
Next Post: How to create Kindle Collections on your Kindle Paperwhite and Kindle iOS App