I’ve enjoyed many of your category books in the past and when you shared that you were self publishing a contemporary, I was eager to read and review it. Unfortunately this book didn’t work well for me. It’s not that the quality was lower because it wasn’t. It looked and read like the professionally edited product that it was. Rather the characters and the type of story just didn’t appeal to me. I wondered if the book was supposed to harken to the murder mysteries of Agatha Christie as it was centered around the death of a wealthy matriarch and the residents of the household were the suspects. 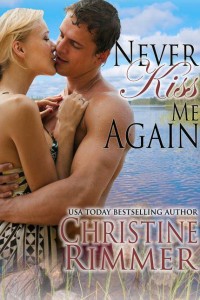 Annie Dolan and Devlin Tenhawk were never supposed to fall in love. She was the granddaughter of the reigning family of Cutterville, Oklahoma. Devlin was the bad boy from the wrong side of the tracks. Annie and Devlin loved each other so much that Annie defied her family and married Devlin. Unfortunately, Annie and Devlin’s lack of compatibility overcame their youthful lusts and they divorced.

Annie returns home at the behest of her grandmother who claims she is dying. The grandmother announces that she was going to change her will and leave her entire fortune to Annie and the next day the grandmother is found dead. Fairly early on, it is suspected that the grandmother’s death was the result of foul play. Despite the local police marking the death as one of non natural causes, Annie takes it upon herself to conduct her own investigation with the assistance of her ex husband Devlin.

Annie’s family is filled with horrible people. The secondary characters read like caricatures. Her mother is drugged out almost all of the time and her sister acts like a 15-year-old girl who believes that Annie is out to steal her boyfriend. The others in the household are equal parts rude and dismissive. Strangely, the will holds little relevance to the whodunit part of the story because it was known to everyone that Annie would take care of her family which was the whole reason why the grandmother intended to leave the fortune to Annie. Yet, I kept wondering if Annie hated Cutlerville so much and had so little respect for her family, why she felt compelled to stick around particularly when she suspected one of them had MURDERED their mother or grandmother.

Even beyond the troublesome plot was the romance story itself. Whenever there is a reunited lovers story, particularly featuring a previously married couple, I look for evidence they have learned from their past mistakes. If I don’t feel that they have learned and grown from their past, I don’t believe that their future will result in lasting relationship. If a romance story is to be successful it should convince the reader of the happy ever after.

Annie and Devlin’s problems arose, primarily, because Devlin wanted Annie to stay home and have babies while Devlin earned a living gambling. Annie chose to pursue her college degree. I found Devlin to be unsympathetic and petulant. At one point, he says to Annie,

“You know why we’re divorced, Annie?” He ?ipped down the visor on her side of the car and shoved up the ?ap that covered the mirror. “See that. Look there. You are one angry woman and in the end, there’s
no livin’ with a woman like that.”

Was she angry? Yes, I suppose she was. She had built a life for herself outside of Cutlerville. Her grandmother was blackmailing her to stay in Cutlerville for a year, inventorying antiques her grandmother was donating to the local museum. Her marriage had fallen apart because her husband was an asshole who got caught up in his poker games and never took any notice of her during those periods of intense gameplay even when she desperately needed him and now she’s having feelings for him again. Yes, indeed, I think she had the right to be angry. And for Devlin not to acknowledge his own part in their divorce REALLY stuck in my craw. And yes, he apologized later on for one deed, but it sounded reluctant and insincere.

Perhaps older and wiser, the two would be able to overcome whatever differences that they had in the past but really all I felt that they had going for them was the sex. I wished I had liked this more because so many of your past books have resonated positively with me. Unfortunately, I didn’t buy either the mystery plot or the romance. I did like Annie and even though I didn’t understand her motivations, I appreciated her as a character. Others who like the will induced whodunit might respond more favorably. C-